CHARLOTTE, N.C. — Commuters and residents in Charlotte, North Carolina, can anticipate road closures and delays as early as 6 a.m. Sunday, Aug. 23, as organizers prepare for the Aug. 24 kickoff of the Republican National Convention, according to the U.S. Secret Service. 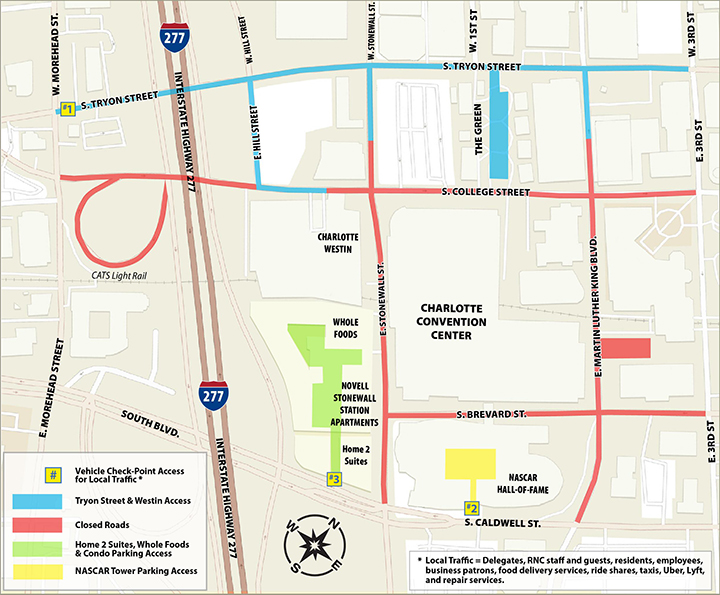 Road and interstate-ramp closures around the Charlotte Convention Center will include:

The areas listed above, as well as other areas around the convention center, will be posted with “Emergency No Parking” signage beginning Friday, Aug. 21.

Areas that will NOT affected by road closures include:

Additions or updates to this plan may be made prior to the start of the event and will be announced on Twitter by @RNC_Security. All security and transportation plans have been developed in partnership with local and federal law enforcement and public safety agencies.