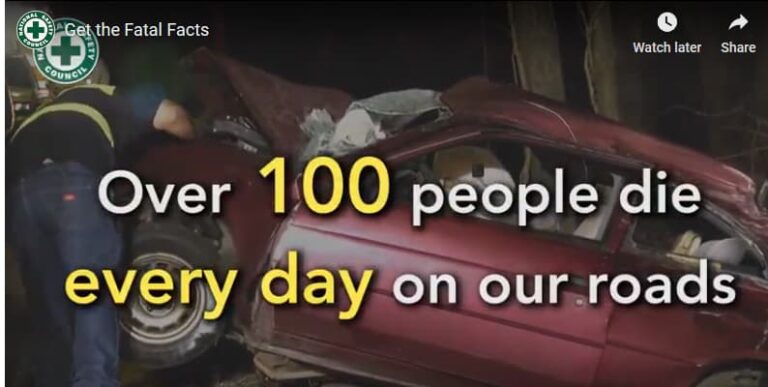 CHICAGO — For the first time since the Great Recession, the U.S. has experienced three straight years of at least 40,000 roadway deaths, according to preliminary estimates released Wednesday by the National Safety Council.

In response to the NSC’s preliminary figures, Securing America’s Future Energy (SAFE) reiterated the need for policymakers to expedite the deployment of autonomous vehicle (AV) technology to curb this trend.

Florida, Hawaii, Minnesota, Nevada, New Hampshire, Oregon, Pennsylvania and Washington, D.C., had at least a 5.8 percent spike in fatalities, according to Council estimates.

The Council’s preliminary estimate signals a leveling off after years of consecutive rises.

It’s Council estimates do not reveal causation; however, 2017 final data show spikes in deaths among pedestrians, while distraction continues to be involved in 8 percent of crashes, and drowsy driving in an additional 2 percent.

“Forty-thousand deaths is unacceptable,” said Nicholas Smith, interim president and CEO of NSC. “We cannot afford to tread water any more. We know what works, but we need to demonstrate the commitment to implementing the solutions. Roadway deaths are preventable by doubling down on what works, embracing technology advancements and creating a culture of safer driving.”

All estimates are subject to slight increases and decreases as the data mature.

NSC collects fatality data every month from all 50 states and the District of Columbia and uses data from the National Center for Health Statistics, so deaths occurring within one year of the crash and on both public and private roadways – such as parking lots and driveways – are included in the estimates.

“A death toll of over 40,000 for three straight years is unacceptable, especially given the suite of driver-assist and crash-avoidance technologies we have available right now. If we employed all those technologies today, we could save approximately 9,900 lives every year,” said SAFE President and CEO Robbie Diamond. “The death toll on our roads has reached epidemic proportions and as 94 percent of crashes are caused by human error, autonomous vehicles are the vaccine. It is vital we perfect and deploy this vaccine as soon as possible, because every day we delay is another day that lives are needlessly lost.”

Diamond said research from Boston Consulting Group has concluded that 28 percent of all crashes in the U.S. could be prevented if all cars were equipped with the advanced driver assist technologies available today. As a result, these technologies could prevent approximately 9,900 fatalities and save about $251 billion to society every year.

For more information on the 2018 preliminary data, click here.

19 of theses deaths each day are pedestrians and cyclists all caused by the right foot braking method. In order to get our driver’s license we are forced to brake an electric or automatic vehicle using the right foot braking method. Those in charge of driver legislation and training at the state and federal level have known about the dangerous flaws of this method for years. NHTSA, GHSA and TRB produced reports DOT HS 811 597, 812 058 and 812 431 (spaces required). These reports showed that right foot pedal errors (pedal misapplication) occurs 40,000 times per day by drivers of all ages and gender but especially for women drivers, which they blamed for most of the crashes. But for some unknown reason which no one in charge wants to talk about, no more research has been done. One would have expected that instead of just continuing to blame female drivers they might have asked themselves two basic questions:
1. Is it possible to develop a braking method that would be more suitable for female drivers (and male drivers if they would admit it), which would prevent these crashes?
2. Do we actually have any scientific justification for teaching the right foot braking method?
The answer to point one is YES and the answer to point 2 is NO!
Turns out there is no scientific justification for teaching the right foot braking method which is too complicated and difficult to mentally retain with age, inefficient (poor reaction and stopping distances) and even more dangerous (susceptible to pedal misapplication) compared to the simpler, more efficient and safer left foot braking method. Deaths to date, 150,000 (19 every day!) pedestrians (in and out of buildings) and cyclists. This is not about which braking method is safer but why they refuse to scientifically compare the two methods. Apparently ME TOO is not the only victim of a male systemic belief! Was it driver error or the way we taught them to brake?