No one was injured when the truck rolled over at the Brown Circle rotary in Revere just north of Boston at about 4 a.m., authorities said.

Although all roads in the area were closed after the crash, some reopened on Wednesday afternoon. The state Department of Transportation in a tweet said the area where the truck rolled would remain closed well into the night for repaving work.

Some of the fuel spilled into a nearby river and marsh, prompting a response from the Coast Guard and the state Department of Environmental Protection.

Firefighters sprayed down the fuel on the road with foam.

State police said the truck was heading from Revere to Barre. “All compartments of the tank were punctured and almost the entire load was spilled,” state police said in a statement.

State police determined that the truck had a defective breaking system.

There was no word on whether the 41-year-old truck driver would be cited. 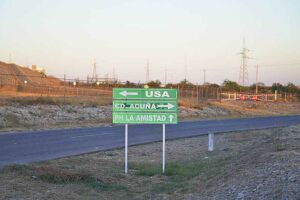 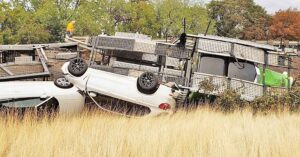 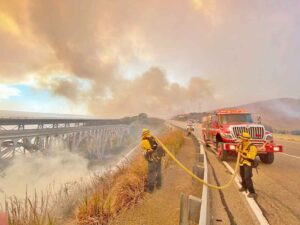 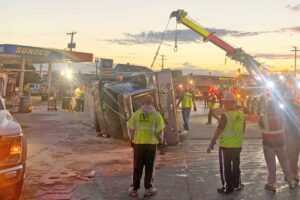