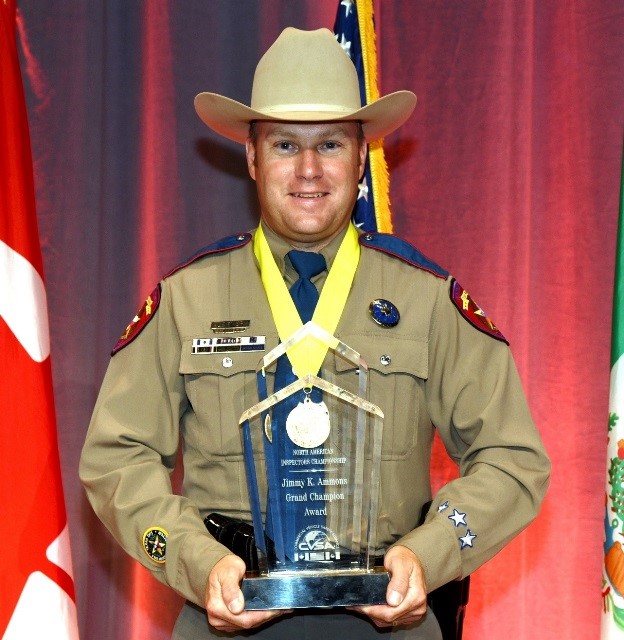 An award is given to each inspector who scores the most points representing each of the three participating countries: Canada, Mexico and the United States.

The following High Points Awards were presented during this year’s NAIC:

Awards are given for first, second and third place for the following inspection categories:

The North American Standard Level V Passenger Carrier Vehicle Inspection is an inspection of motorcoaches and other passenger-carrying vehicles. Passenger vehicle certified inspectors are specially trained commercial motor vehicle enforcement personnel equipped to inspect both the motorcoach and driver, while also taking responsibility for the safety of passengers.

The North American Standard Level I Inspection is the most commonly performed inspection. It is a 37-step procedure that includes an examination of both driver operating requirements and vehicle mechanical fitness.

“CVSA and ATA worked together to make the joint awards ceremony a reality,” said CVSA President Capt. Christopher Turner with the Kansas Highway Patrol. “This is the first time in NAIC’s 26-year history that we’ve had a combined awards ceremony with our ATA partners. Based on its success this year, we hope to continue this unified CVSA/ATA awards ceremony well into the future.”

NAIC was created to recognize inspectors and officers – the backbone of the commercial vehicle safety program in North America – and to promote uniformity of inspections through training and education. Next year’s NAIC is scheduled for August 13-17, 2019, in Pittsburgh, Pennsylvania.