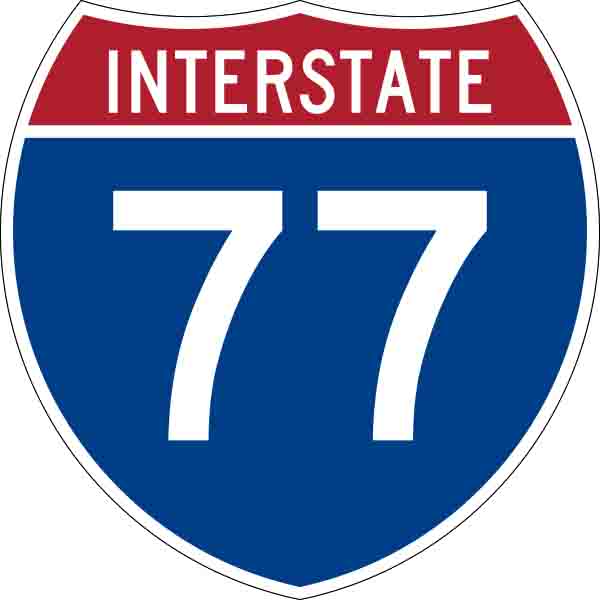 CHARLOTTE, N.C. — The North Carolina Department of Transportation is backing a recommendation to convert one of the two proposed toll lanes for Interstate 77 near Charlotte into a free, general purpose lane.

The recommendations were presented during a meeting of the I-77 Express Lanes Local Advisory Group. A majority of the group recommended the measure endorsed by Trogdon in a vote during its last meeting in May.

Trogdon said buying out the contract with the company building the expanded road isn’t feasible this year or next year.

The toll zone is expected to open by the end of the year, but it’s not known if the recommended changes will affect the project.

BLOOMINGTON, Ind. — The city of Bloomington says the state will miss its August 31 target for substantially completing Section 5 of the Interstate 69 extension to Evansville.

The city issued a news release Tuesday saying the Indiana Department of Transportation would miss the target, based on a report the agency presented to the Bloomington/Monroe County Metropolitan Planning Organization last week.

INDOT spokesman Andy Dietrick told The Herald-Times that substantial completion likely won’t be reached until September based on weather forecasts.

INDOT defines substantial completion as having all interchanges on the 21-mile section and at least two lanes in each direction open to highway traffic and most access roads paved. The state set the August 31 target after taking control of the project from a private developer last year.

Business Interstate 40 project may finish ahead of schedule

WINSTON-SALEM, N.C. — A North Carolina transportation engineer says the Business Interstate 40 shutdown may not last as long as initially expected.

The Winston-Salem Journal reports Larry Shaver, the senior assistant resident engineer for the N.C. Department of Transportation, told the Winston-Salem City Council Tuesday that the shutdown could last as long as 15 months instead of the original two-year forecast.

Shaver said new financial incentives to the Business 40 contractors could speed up the upgrade and have it reopened in early 2020. He said Flatiron Constructors Inc. and Blythe Development Co. team were chosen to build the upgrade because of their commitment to shorten the original shutdown period.

JACKSON, Miss. — Some orange barrels are disappearing from a heavily traveled section of interstate highway in central Mississippi.

The state Department of Transportation says all six lanes of Interstate 55 are opening Wednesday between south Jackson to the southern suburb of Byram.

Crews have been working for months to expand from two lanes to three for both northbound and southbound traffic in the area.

Central District Transportation Commissioner Dick Hall says in a news release that drivers should remain alert. Hall says some lanes will be closed occasionally as crews place permanent lane markings and finish the tie-ins at entrance and exit ramps.

GREENWOOD, Miss. — Officials are adding charges against a Mississippi Delta man they say was launching objects at people along a highway.

A number of motorists this summer have reported that their vehicles were hit by flying objects or they were run off the road along U.S. 49 between Greenwood and Tchula (CHOO’-luh). Different drivers report being hit by or dodging a bottle, a rock and a bullet-like object.

Williams is jailed on $525,000 bail. It’s unclear if he has a lawyer representing him.

Leflore County Sheriff Ricky Banks says he expects more arrests in the case. The Mississippi Bureau of Investigation and the Mississippi Highway Patrol are handling the inquiry.

BGE spokesman Justin Mulcahy says the top of a pole that supports the wires was damaged in a storm on Monday evening and the damage was noticed Tuesday. Crews had to repair the top of the pole to ensure the stability of the wire.

SHA spokesman Charlie Gischlar says I-70 was closed in both directions for more than an hour and delays are now subsiding.