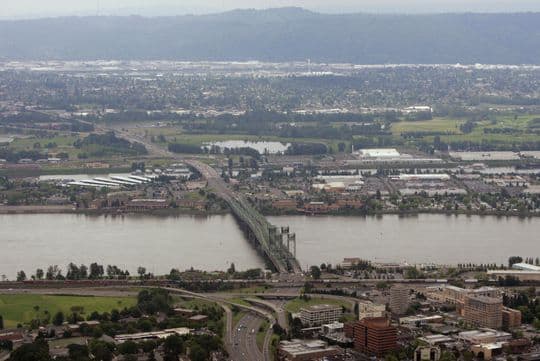 OLYMPIA, Wash.  — Washington House Democrats released their two-year transportation budget proposal Monday, with $9.9 billion in spending for projects including a new hybrid-electric ferry and the conversion of two more and nearly $4.4 billion for highway improvements and preservation.

Purchasing one new hybrid ferry and converting two existing vessels together make up about $143 million; the budget also targets a small slice of a much larger court-mandated salmon protection project that will require spending billions on culverts statewide by 2030.

The plan comes as part of the larger process of deciding the state’s funding priorities — and how it will raise money — over the next two years. Senate Democrats are expected to unveil their own transportation proposal later in the week.

“Our state’s population has grown by 1 million in the past few years because of our booming economy,” said Democratic Rep. Jake Fey, chairman of the House Transportation Committee, in a release. “That growth has put a great strain on our highways, ferries and transportation system.”

Olympia Rep. Andrew Barkis, the ranking Republican on the committee, said that overall he thought the spending in the budget was necessary and was comfortable with its sources.

While funded mostly with debt, the package also proposes raising some fees especially in the ferry system, where riders would see a 6 percent increase in fares by 2021, along with a credit card fee.

Along with big-ticket items such as highway improvements, the budget also targets smaller programs: adding drones for investigating fatal crashes from the air, hiring experts on autonomous vehicles, and programs to expand transit access for students and the homeless.

The budget also allocates $8.75 million to planning an Interstate 5 bridge across the Columbia River, with much of the money held in reserve until state authorities develop a re-engagement plan.