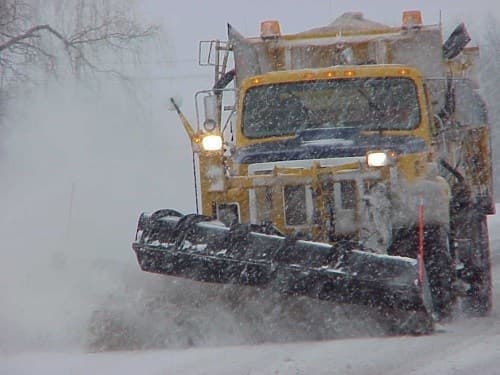 WASHINGTON — As one national weather forecast predicts “plenty of frigid temperatures and snow” for a majority of the country, state departments of transportation are gearing up for winter operations – including efforts to hire extra hands to handle seasonal highway snow and ice removal demands.

According to the extended forecast issued by the 2020 Farmers’ Almanac, a “Polar Coaster Winter” is being predicted for most of the country.

While the accuracy of the Almanac’s forecasts can be debated, late summer is usually when state DOTs are putting the final touches on their winter operation plans – though many emphasize that such planning is really becoming a year-round endeavor, especially when it comes to public outreach efforts, according to an article published in the Journal, the official publication of the American Association of State Highway and Transportation Officials..

The New York State Department of Transportation, for example, is making applications available for approximately 500 positions as permanent and seasonal maintenance staff across Upstate New York and Long Island.

“Our maintenance workers are the heart and soul of everything we do at DOT, especially during New York’s harsh winter season,” NYSDOT Commissioner Marie Therese Dominguez said in a statement. “They play a vital role during and after winter storms, clearing snow and ice to enhance highway safety, maintaining access for first responders and, in smaller storms, allowing businesses to remain open so the public can get the goods and services they need,” she added. “We are seeking hard-working, dedicated professionals to join our team who take pride in what they do and positively impact the traveling public.”

NYSDOT said that it employs approximately 3,700 full time snow and ice operators and supervisors, as well as an estimated 300 seasonal operators – all of them responsible for pretreating, plowing, and removing ice from more than 36,000 miles of roadway.

During the winter, the agency said its maintenance workers primarily assist in snow and ice removal but are also expected to perform general highway repairs and maintenance such as cold patching.

The cost of winter operations is not cheap for state DOTs. For example, the Minnesota Department of Transportation spent nearly $133 million dollars to clear roads during the 2018-19 winter season, with its snowplow crews “facing some of the most severe weather in the state in a decade,” according to the agency’s annual winter maintenance report released on August 7.

According to the Almanac, the coldest weather outbreaks are expected in late January next year, affecting primarily the Northern Plains into the Great Lakes with the possibility of temperatures dropping to minus 40 Fahrenheit.

Above-normal winter precipitation is expected over the eastern third of the country as well as the Great Plains, Midwest, and the Great Lakes, according to the Almanac, while the Pacific Northwest and Southwest should see near-normal precipitation.

With colder-than-normal temperatures in the Northeast and above-normal precipitation expected, the Almanac’s extended forecast predicts not only a “good amount of snow” for the region but also a “wintry mix” of rain and sleet — especially along the East Coast.

By contrast, the western third of the country is forecast to see a milder ride with near-normal winter temperatures and precipitation predicted.