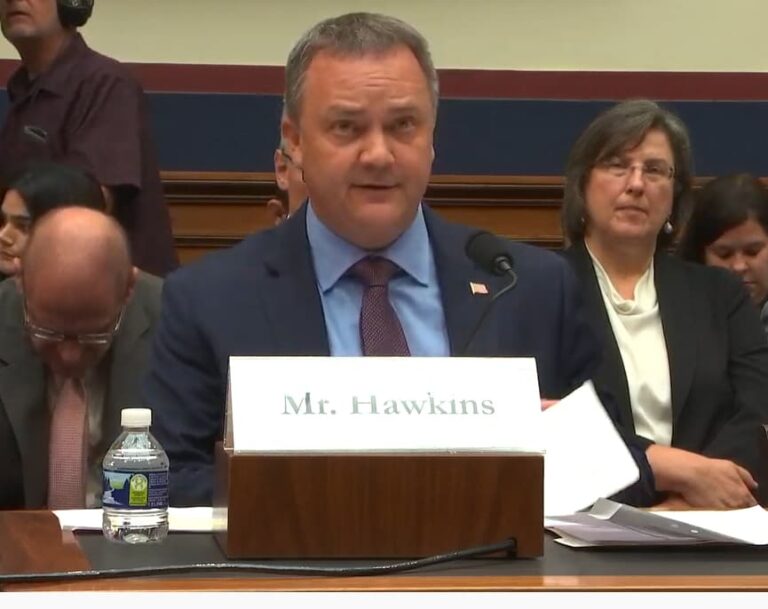 WASHINGTON — The chairman of the House Transportation and Infrastructure Committee Wednesday took dead aim at Washington political gridlock during a hearing before the Transportation and Infrastructure’s Subcommittee on Highways and Transit, challenging many lawmakers’ assertions that a gas and diesel tax increase could cost them a seat in Congress.

Raising the gas and diesel tax is “not a partisan issue out there in America, it just seems to be a partisan issue here in Washington, D.C.,” Rep. Peter DeFazio, D-Ore., said during opening remarks at a subcommittee hearing on “Pricing and Technology Strategies to Address Congestion on and Financing of America’s Roads.”

Also at the hearing, a representative of the American Trucking Associations assailed attempts to use tolling as a funding source, and an official from the Texas A&M Transportation Institute (TTTI) said diversity could be an answer to help alleviate the nation’s crunch on the nation’s highways.

Without saying so directly, DeFazio’s testimony centered around a gas and diesel tax increase as a foremost solution.

Addressing lawmakers who are reluctant to raise the tax, DeFazio issued what might be taken as a challenge.

“You think you’re going to lose your election if gas goes up one and a half cents a gallon?” DeFazio asked. “When you drove to work today, you drove by the gas station and the price probably went up a nickel or down a nickel on the digital sign. No one’s going to notice that. And people around the country have shown that they are willing to pay to get out of congestion. Congress hasn’t gotten the message.”

DeFazio, who has represented Oregon’s Fourth Congressional District since 1987, took on the current administration.

“The White House hasn’t got the message,” he said. “They love to talk about a big infrastructure bill — we were up to $2 trillion for three weeks, and then we were down to zero.

In fact, the proposals in the president’s budget consistently cut transportation investment.

Testifying on behalf ATA, YRC Worldwide CEO Darren Hawkins urged lawmakers to put the brakes on the spread of tolls.

“While the trucking industry is willing to pay its fair share for infrastructure improvement, we believe that tolls are not the right solution, and in fact can be very harmful to our industry, our customers and ultimately, to consumers,” Hawkins testified.

Hawkins cited inefficiencies in toll collection, traffic diversion and misdirection of toll funds as significant problems with tolling when compared to other financing methods.

“Tolling has very high collection costs relative to other highway user fees,” he said. “While the cost of collection has come down with the introduction of transponders, costs can still exceed 10 percent. On some major toll facilities, these costs are much higher. On the Ohio Turnpike, for example, 19 cents out of every dollar is spent collecting tolls, while the Pennsylvania Turnpike’s collection costs exceed 20 percent. Contrast this with the 0.2 percent cost of collecting federal fuel taxes.

“Clearly, the waste that goes into collecting a toll is simply unacceptable when far more efficient alternatives are available. Our user fees should be used to build roads, not toll road bureaucracies,” he said.

Hawkins also warned that because of federal funding shortfalls, states are abusing tolls to fund other projects at the expense of toll payers, particularly the trucking industry.

“Federal law allows states to shift excess toll revenue to any Title 23 eligible purpose,” he said. “This results in toll payers bankrolling projects that they may not benefit from. In addition, because the vast majority of roads can’t support tolls, a small minority of motorists can be saddled with the subsidization of a state’s surface transportation system, regardless of whether the toll payers benefit.”

Because tolls are only a potential solution for a handful of projects, Hawkins urged Congress to do more to fund infrastructure so states aren’t forced to look to tolling or other riskier financing methods.

“It is important to note that tolls will not solve the most important challenge facing this subcommittee — the impending bankruptcy of the Highway Trust Fund. Failure to address the shortfall will continue to induce states to consider bad options like tolls,” he said. “ATA and nearly every organization that cares about surface transportation efficiency has proposed an increase in the fuel tax to address these needs, and we urge your support.”

Timothy Lomax, research fellow at TTTI, called for a balanced and diversified approach to reduce congestion, one that focuses on more of everything; more policies, programs, projects, flexibility, options and understanding.

“It is clear that the solution investments have not kept pace with the problems,” he said. “Most urban regions have big problems now — more congestion, poorer pavement and bridge conditions and less public transportation than they would like.”

options allow travelers and shippers to make trips when, where and in a form that best suits their needs and wants.”

Nonsense. Rep. Peter DeFazio, D-Ore, is a partisan Democrat hack from the one of the most liberal states in the nation. Feds and States waste more tax dollars than ever. It is very much a “we the people” against the swamp dwellers in Washington DC. Cut spending from the bloat and waste in the federal budget. You know how I know DeFazio is lying?, the D, after his name. There isn’t a democrat out there that doesn’t want 110% of our paychecks and wealth to redistribute.

Trucker.com, try harder. Lets get a competing political perspective. You all are either ignorant or complicit with the swamp in DC.