“The August softness suggests that freight is very uneven in the trucking industry,” said Bob Costello, chief economist for ATA.

“The trucking sectors that haul for the industrial and energy industries are not seeing the surge in freight like the consumer side of the economy. The industrial loads tend to be heavier, so they count more in a tonnage calculation than most consumer-related loads,” he continued. “Fleets hauling for retailers are generally seeing strong freight volumes. Carriers hauling heavier industrial products generally saw softer volumes in August.”

July’s decrease was revised up to -1.4% from ATA’s Aug. 18 press release. Compared with August 2019, the seasonally adjusted index contracted 8.9%, the fifth straight year-over-year decline. Year to date, compared to the same period in 2019, tonnage is down 3.4%.

The not seasonally adjusted index, which represents the change in tonnage actually hauled by the fleets before any seasonal adjustment, equaled 112.8 in August, 3.9% below the July level of 117.3. In calculating the index, 100 represents 2015. ATA’s For-Hire Truck Tonnage Index is dominated by contract freight as opposed to spot market freight.

ATA calculates the tonnage index based on surveys from its membership. The report includes month-to-month and year-over-year results, relevant economic comparisons and key financial indicators. 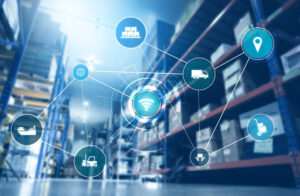