“September had a nice recovery after a significant decline in August,” said Bob Costello, chief economist for ATA. “The truck freight market continues to be bifurcated, with strength in retail and home construction, but some continued weakness in industrial freight. During the third quarter, truck tonnage increased 2.4% over the second quarter, but fell 5.3% from a year earlier.”

Compared to September 2019, ATA’s seasonally adjusted index contracted 2.7%, the sixth straight year-over-year decline. Year to date, compared with the same period in 2019, tonnage is down 3.3%.

The not seasonally adjusted index, which represents the change in tonnage actually hauled by ATA member fleets before any seasonal adjustment, equaled 112.4 in September, 0.7% below the August level of 113.2. In calculating the index, 100 represents 2015. ATA’s For-Hire Truck Tonnage Index focuses on contract freight as opposed to spot market freight. 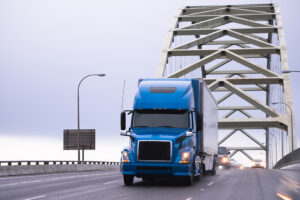