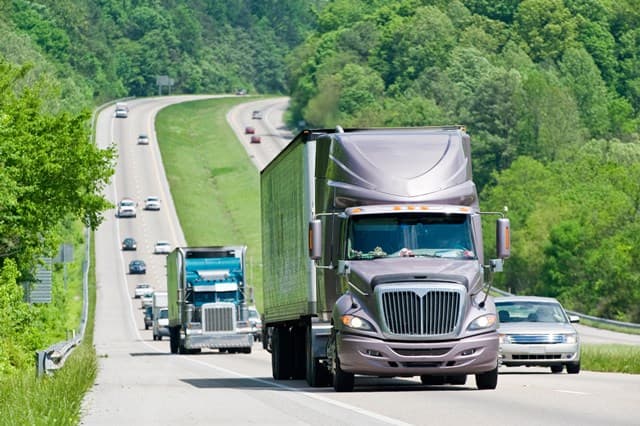 PORTLAND, Ore. — The number of spot truckload freight posts declined 21 percent during the week ending December 29, not an unusual figure when you compare a holiday-shortened workweek to a full one.

But when loads did need to go, capacity was hard to find.

Truck posts were down 47 percent compared to the previous week as carriers shut down for Christmas, according to DAT Solutions, which operates the DAT network of load boards.

Spot rates ticked up for all three equipment types. This is despite a 3-cent decline in the price of diesel to $3.05 a gallon. Spot rates include a calculated surcharge and can be affected by changes in the price of fuel, which has fallen in recent weeks.

The number of flatbed load posts dropped 44 percent and truck posts were down 58 percent last week. The national average spot flatbed rate increased 1 cent to $2.43/mile. One market to watch: Houston, where the average outbound flatbed rate increased 16 cents to $2.69/mile. Houston to New Orleans jumped 60 cents to an average of $3.08/mile. These are encouraging signs that freight is moving in the oilfields.

The number of reefer load posts was only down 9 percent. By comparison, truck posts dropped off 40 percent. With capacity tight, 64 of the 72 top reefer lanes paid better compared to the previous week and the national average spot reefer rate rose 2 cents to $2.44/mile.

DAT Trendlines are generated using DAT RateView, which provides real-time reports on spot market and contract rates, as well as historical rate and capacity trends. The RateView database is comprised of more than $57 billion in freight payments.