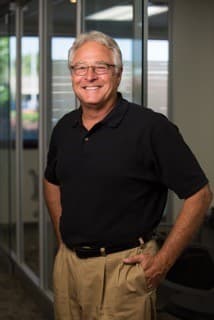 WASHINGTON — Steve Williams, chairman and CEO of Maverick USA, and president of the Trucking Alliance board of directors Wednesday reaffirmed the organization’s priority objectives for 2019.

The alliance is a coalition of transportation carriers, logistics and supporting businesses solely focused on reforms to improve the safety and security of commercial drivers and to eliminate large truck fatal crashes.

Steve Williams, president of the Trucking Alliance, said the trucking industry has too many large truck crashes that in the last reportable year killed 4,761 people and injured another 145,000 on our roadways. The number of truck drivers who lost their lives was the highest in 10 years, he said.

“The U.S. trucking industry is indispensable to our economy and the standard of living we enjoy as Americans,” Williams said. “Yet, tragically, our industry has too many large truck crashes that in the last reportable year killed 4,761 people and injured another 145,000 on our roadways. The number of truck drivers who lost their lives was the highest in 10 years. For an industry that wants to improve its image, look no further than these statistics. We must aggressively address these tragic figures. But how can we when the trucking industry will deliver even more freight in 2019 over highways that are even more congested?”

A first step is to reverse priorities, Williams said.

“We must support progressive safety reforms that make sense for our country and citizens first, our industry second, and our companies third,” he said. “Second, safety groups, legislators, regulators and all segments of our diverse industry should leave their respective corners, meet in the middle, and responsibly deal with the unprecedented challenges we face.”

Williams pointed to the amount of return the American consumer has received with respect to what he or she pays to deliver goods.

“I am very proud of the millions of hardworking commercial truck drivers who make that happen,” he said. “But we must adopt initiatives to improve the truck driver’s lifestyle. We must eliminate the chance that truck drivers and their exemplary work ethic will be used against them. For example, truck drivers shouldn’t carry the burden to make up for an inefficient supply chain. Too often, giving truck drivers more ‘flexibility’ in their work day is simply code for ‘just get it there.’”

The Trucking Alliance wants to see an expansion of electronic logging devices.

“In the year since the ELD mandate finally took effect, the devices are already improving a truck driver’s work environment,” Williams said. “ELDs are making the supply chain more efficient. Most importantly, ELDs can help reverse the disturbing trend of large truck fatalities and save lives.

The alliance believes ELDs should be required in all large trucks, regardless of commodity, length of haul or whether they operate in interstate or intrastate commerce. Anything short of mandatory use of ELDs is purely political, unfair and frankly, unsafe.

Another area that needs improvement is drug testing, Williams said.

“Contrary to what you may think, like our nation, our industry has a drug abuse problem. In fact, the Department of Transportation’s only required drug test for truck driver applicants is actually missing as many as nine of every 10 lifestyle drug users,” Williams said. “We should utilize drug tests that verify an applicant has been drug free for at least 60 days. And we need a long awaited database to identify who has previously failed these drug tests. We must be able to assure the motoring public that our commercial drivers are properly rested, properly trained and drug and alcohol free.”
The Trucking Alliance has long advocated hair testing as a way to weed out prospective drivers and current drivers with a substance abuse problem.

Williams said the Trucking Alliance still wants to limit the speed of trucks.

“Excessive truck speeds increase fatalities and the severity of injuries in large truck accidents,” he said. “That’s why we must require large trucks to maintain reasonable speeds on all highways.”

The Federal Motor Carrier Safety Administration issued a Notice of Proposed Rulemaking on speed limits for heavy trucks, but that work fell victim to President Donald J. Trump’s executive order to cut down on federal regulations.

Williams said the Trucking Alliance would continue to work with stakeholders who believe that the nation can fully eliminate large truck fatalities.

“Our goal should be to achieve safety performance levels that are comparable with the U.S. airline industry,” Williams said. “Achieving that objective will require changes, and change is difficult. But let’s stop reminiscing about the way things used to be in trucking. Because, frankly, it hasn’t always been good. We have an opportunity to create a new paradigm. We must continue to build sustainable companies that can safely serve our Nation. By embracing the changes that are required of all of us…we will finally get the chance to properly compensate, respect and defend the work ethic of the American truck driver.”