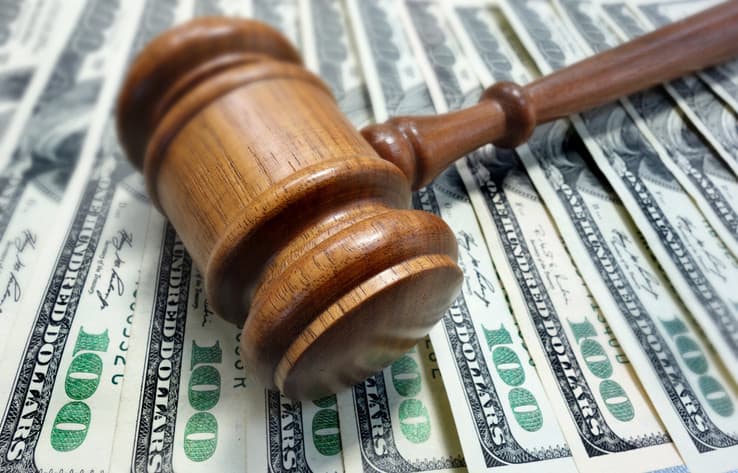 EDINBURG, Texas — In a case that proves “going the extra mile” isn’t always a good thing, for anyone involved, a Texas jury awarded a professional truck driver $80 million Wednesday after it decided a 2015 crash in which the driver was severely injured was due to his employer having coerced him into falsifying his log book and driving beyond what federal Hours of Service regulations allow.

The jury in the case, held in 93rd District Court in Edinburg, Texas, awarded Lauro Lorenzo Jr. $5 million in compensatory damages for the loss of income as well as the injuries and the ensuing pain and suffering he sustained from the accident, which occurred when he fell asleep at the wheel and rear-ended another truck on Interstate 59 in Alabama. The jury also ordered three companies: JNM Express, LLC; Anca Transport Inc.; and Omega Freight Logistics, LLC to each pay $25 million in punitive damages.

All three companies are owned by Jorge and Silvia Marin under the umbrella Marin Enterprise.

According to the original court petition, on May 3, 2015, Lozano had finished a run to San Antonio and had returned to McAllen, Texas. Lozano was due to take a 34-hour reset, per HOS regulations.

Lozano said that a few hours after he got home, Jorge Marin called him and told him he needed to make another run, that he should adjust his log to make it look as though he had taken his 34-hour reset.

According to Lorenzo’s lead attorney, Ray Thomas, “This was not an isolated deal.” Several drivers testified that this was a common practice at the Marins’ companies, that they were frequently pushed to drive beyond HOS limits.

According to Thomas, evidence showed that Lorenzo drove an average of almost 5,000 miles a week.

According to the petition, although Lozano was tired and initially objected, he feared for his job and went along with Marin’s demand. South Texas is not an affluent part of the country, Thomas said. Lorenzo has a special-needs son, and he couldn’t afford to miss even a week’s pay.

Lorenzo went to San Antonio and picked up his load at 5 a.m. the next day and set off to Maryland. On May 6, the accident occurred, in which Lozano sustained a traumatic brain injury, as well a crushed pelvis, a crushed foot and broken ribs.

“He was off work for several months,” Thomas said. In fact, he added, Lorenzo started dispatching for the Marins from his bed, before eventually trying to drive again.

Thomas said that in January Lorenzo reinjured his foot, which had six pins in it. He’s working for another carrier now, but with wire and pins holding his hip together, he has to pull up to a loading dock to get in and out of his cab. He’s planning within the next year or so to switch to dispatching full time.

“He’s a hard worker, he has a strong work ethic,” Thomas said. Despite the verdict, with appeals and other legal wrangling, it may still be some time before Lorenzo sees any money, and he’d rather earn a living than try to collect disability benefits.

Actually, Thomas said, this case is unusual, and it only came to be because the Marin Enterprise was not subscribed to the Workman’s Compensation Act.

“In Texas, the workman’s compensation system is voluntary,” Thomas said, but the vast majority of businesses subscribe to it, because if a worker gets hurt, they get benefits, or in cases of extreme injury, they can get a lump-sum payment. In exchange, the employer is protected from being sued by the employee.

When an employer is not subscribed and is sued by an employee, Thomas said, the employer cannot try to claim comparative responsibility or contributary negligence on the employee’s part. In other words, the employer can’t turn around and say the employee knew it wasn’t the right thing to do but they went along with it.

“The jury has sent a clear message that putting profit over the safety of not only their drivers but all drivers on public roadways will not stand,” Thomas said.