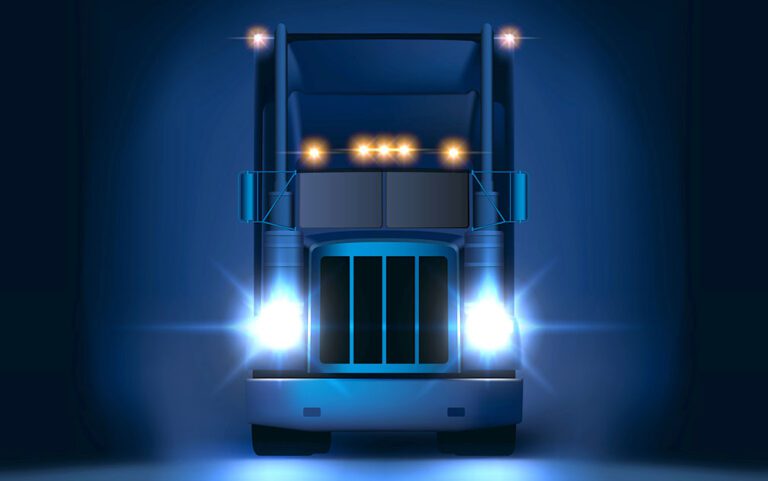 Washington, D.C. — Last fall, Trucking Moves America Forward (TMAF), asked member of the trucking industry to “toot their own horns,” so to speak, and share stories of how these companies and organizations work to give back to communities across the U.S.

“The trucking industry is one of service — from delivering the essential goods that keep communities well stocked and supplied throughout the year, to finding ways to give back to their communities during the holiday season,” said Kevin Burch, co-chairman of TMAF and vice president of government affairs and sales for Martin Transportation Systems. “TMAF is proud to help tell the story of how the trucking companies and organizations in states across the country give back to the communities they serve.”

The following are a few ways the trucking industry is working to make the world a better place.

Advantage Truck Group, based in Shrewsbury, Massachusetts, marked the 10-year anniversary of its charitable initiative, Haulin’ 4 Hunger, that helps provide meals to people facing hunger in communities near ATG dealerships throughout New England. This year, Haulin’ 4 Hunger increased donations to provide over 4,000 fresh holiday meals in December to food pantry organizations in Central Massachusetts and continued to donate thousands of nonperishable foods each quarter to hunger-relief organizations near other ATG locations. With the support of its employees, customers and business partners, over the past decade, ATG’s Haulin’ 4 Hunger program has donated over 30,000 meals to food pantry organizations across three states to help those in need in its communities.

Averitt Express, based in Cookeville, Tennessee, sponsors an employee giving program, dubbed “Averitt Cares for Kids,” that gives associates the opportunity to help others by donating just $1 per week. Company officials say more than 94% opt in to the program. In 2022, associates made their largest contribution in the program’s history with a donation of $1,050,001 to St. Jude Children’s Research Hospital. Associates also participate in Averitt’s Team Up Community Challenge, which serves 140 organizations in nearly 100 communities each year.

Employees, families and partners of Big M Transportation, based in Blue Mountain, Mississippi, donated over $30,000 to St. Jude. The group has raised a collective $110,000 over the past few years. Employees also participated in the Tippah Toys for Tots, which takes place at the company’s annual Christmas party, as well as multiple blood drives that are held throughout the year. In addition, Big M participates in Wreaths Across America.

During its annual Driven to Serve campaign, Brenny Transportation Inc., based in St. Joseph, Minnesota, raised $7,000. The money was used to buy gift cards to offer to those in need through a local school’s fundraiser. Brenny also donated to a local food shelter and provided a charitable haul by transporting the Christmas tree for St. Joseph’s WinterWalk festival.

Joplin, Missouri-based CFI gave back to the community through several charitable initiatives, including support for local charities and Wreaths Across America. The company also hosted its 29th annual Truckloads of Treasures fundraiser, which raised $41,000 this year. To date, the fundraiser has raised a total of $1,001,000 to support communities in the U.S., Mexico and Canada during the holidays.

Pilot Co., based in Knoxville, Tennessee, has a long-standing tradition of supporting Wreaths Across America. This year, it partnered with the Truckload Carriers Association to celebrate and honor veterans in the trucking industry by sponsoring the event’s appreciation dinner, held in Arlington, Virginia, before of the laying of the wreaths ceremony.

SH 130 Concession Company, based in Central Texas, partnered with the Caldwell County Sheriff Department’s Brown Santa program to collect more than 150 toys, games and books for area families that needed a little extra help during the holiday season.

Conversion Interactive Agency, based in Brentwood, Tennessee, held its annual food drive to benefit the Second Harvest Food Bank of Middle Tennessee. Company employees donated and transported 1,505 items to a partner collection site to be distributed to people in need across central Tennessee.

The Texas Trucking Association Emerging Leaders Council (ELC) hosted its annual toy drive for Toys for Tots. The kickoff of the toy drive takes place at the association’s fall meeting each year. Members are is encouraged to host toy drives across the state.

Dave and Lori Widly, owners of Anaheim, California-based DriverFacts, provided assistance for flood victims in the hardest-hit counties of Kentucky. They built wheelchair ramps, replaced sub-floors and roofs with a team of parents and students from Orange Lutheran High School.

For Christmas, Trucking Angels for Christ, Inc., a nonprofit whose mission is to minister to women and provide free Bibles and services, partnered with Teddy’s Angels to help children who have terminal illnesses.

Wabash, based in Wabash, Indiana, partnered with agencies across the country to give back to its communities. Wabash donated over $500,000 in charitable funds in addition to thousands of volunteer hours donated by employees, with a focus on fighting hunger and supporting children and veterans. Wabash established a new partnership with Feeding America in 2022 as an ongoing commitment to help end hunger on a national scale. To celebrate this partnership, Wabash hosted employee volunteer events at local food pantries monthly and organized a companywide Drive Away Hunger food drive. With the support of its business partners, Wabash filled 1,000 backpacks with food for children in need during the company’s Ignite conference in Charlotte, North Carolina.

Trailiner, based in Springfield, Missouri, participated in the Big Brothers Big Sisters of the Ozarks Bowl for Kids’ Sake Truckers Challenge. For the second year in a row, the company raised the largest sum of money of participating truckers, donating $4,000. Trailiner also participated in several other charitable acts, including a partnership with Ozarks Food Harvest and sponsorships for the Ronald McDonald House of the Ozarks and the Jeepin for a Cure event to benefit the Breast Cancer Foundation of the Ozarks. Employees also worked with the Department of Social Services to support children in the foster system and donated items in need to ensure they have a happy Christmas.