PORTLAND, Ore. — Spot truckload freight rates hit record highs in May despite a month-over-month decline in volume, a sign that transportation networks are not growing fast enough to keep up with demand, according to the DAT Truckload Volume Index.

The DAT Truckload Volume Index fell to 212 last month, 6% lower than April — but still the fourth highest month on record. The index is an aggregated measure of dry van, refrigerated and flatbed loads moved by truckload carriers and an industry-standard indicator of commercial freight activity. A baseline of 100 reflects freight volume in January 2015.

The national average rate for van loads on the DAT One load board network increased 10 cents to $2.69 per mile (including fuel surcharge) in May, the highest monthly average van rate on record.

Refrigerated and flatbed spot rates topped $3 a mile for the first time last month. The national average refrigerated rate was $3.11 per mile, up 18 cents compared to April. The flatbed rate averaged $3.13 a mile, a 17-cent increase month over month.

Spot rates for May were higher, despite an overall decrease in volume. The number of van and refrigerated loads moved on the DAT network declined 6% in May, while the number of flatbed loads fell 9%.

The national average van load-to-truck ratio was 6.1 in May, meaning there were 6.1 available loads for every van posted to the DAT network, up from 4.8 in April. The refrigerated ratio increased from 9.9 to 13.0, and the flatbed ratio was 97.1, the highest monthly average ratio for flatbed freight since April 2018. “Imbalances and shortages plague supply chains across most segments of the industrial and consumer economies,” said Ken Adamo, chief of analytics at DAT Freight & Analytics. “For many businesses, ‘on-time and in-full’ shipments are essential to the efficiency and accuracy of their logistics operation. Right now, shippers are having to choose one or the other.”

On the shipping calendar, June exerts the most seasonal pressure on truckload rates, except for November’s Black Friday. Southern states are in the middle of peak produce season, while those further north are on the cusp of it. In addition, retailers are gearing up for summer and back-to-school shopping, and construction activity increases demand for flatbed equipment.

Domestic total truckload volumes of produce entered June down 22% year over year (7,600 fewer loads per week). Expect volumes to make a big comeback this summer as restaurants reopen and regulations around social gatherings are relaxed.

The national average price of on-highway diesel was $3.22 a gallon in May, the highest since December 2018. Spot rates include a calculated surcharge that fluctuates with the price of fuel. 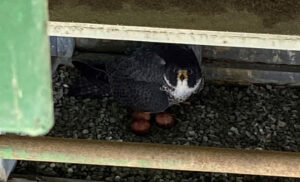