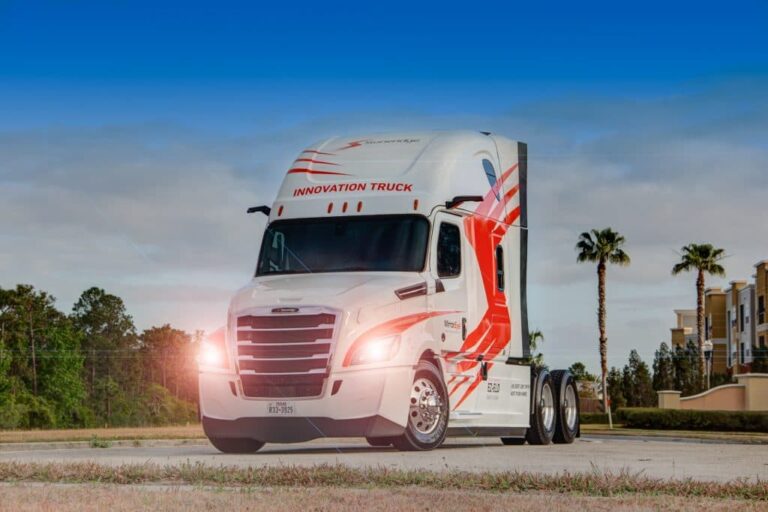 WASHINGTON — The National Highway Traffic Safety Administration (NHTSA) has published an advance notice of proposed rulemaking that could eventually lead to camera-based rear visibility systems, commonly referred to as camera monitoring systems (CMS) as an alternative to inside and outside rearview mirrors.

The federal motor vehicle safety standard currently requires that vehicles be equipped with rearview mirrors to provide drivers with a view of objects that are to their side or to their side and rear.

In a notice published in the Federal Register Thursday, NHTSA said the ANPRM responds to two rulemaking petitions: one pertaining to light vehicles from the Alliance of Automobile Manufacturers and Tesla and one from Daimler Trucks North America relating to heavy vehicles.

The agency said the ANPRM builds on the agency’s prior efforts to obtain supporting technical information, data, and analysis on CMS so that the agency can determine whether these systems can provide the same level of safety as the rearview mirrors currently required under federal regulations.

There is already some development underway in the CMS arena.

Last December, the Federal Motor Carrier Safety Administration granted an exemption requested by Stoneridge Inc., allowing its MirrorEye CMS to be installed as an alternative to conventional rear-vision mirrors. The exemption applies solely to Stoneridge’s MirrorEye system, making it the only CMS that allows for complete removal of traditional mirrors in the United States, Stonebridge said in a news release.

In issuing the ANPRM Thursday, NHTSA acknowledged that part of its responsibility in carrying out its safety mission is not only to develop and set new safety standards for new motor vehicles and motor vehicle equipment, but also to modify existing standards, as appropriate, to respond to changing circumstances such as the introduction of new technologies.

“Examples of previous technological transitions that triggered the need to adapt and/or replace requirements in federal safety regulations include the replacing of analog dashboards by digital ones, the replacing of mechanical control systems by electronic ones, and the first production of electric vehicles in appreciable numbers,” the Federal Register notice said.

The agency said it was publishing the ANPRM to gather information and receive feedback to enable the agency to decide whether (and if so, how) to propose amending federal regulations on rear visibility to permit camera-based systems as an alternative compliance option in lieu of outside rearview mirrors or in lieu of all rearview mirrors, both inside and outside ones. Specifically, NHTSA said, it hoped the ANPRM, through the public comment process, will provide the agency with additional safety-related research and data to support a potential future rulemaking on this subject.

NHTSA said it was asking for information based on 21 questions among the following seven categories:

The deadline for public comments is December 9.