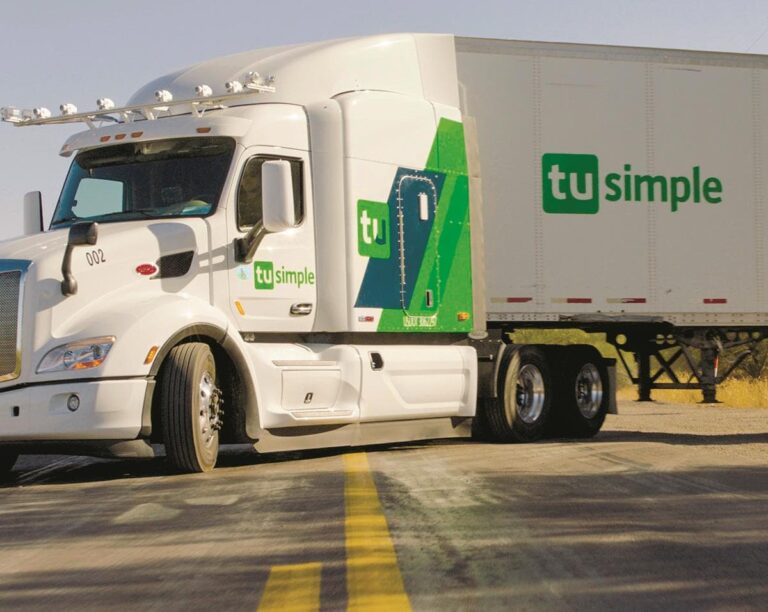 “Neither snow nor rain nor heat nor gloom of night stays these couriers from the swift completion of their appointed rounds.”

Most people think that is the official motto of the U.S. Postal Service. It isn’t. It was engraved over the entrance of a New York City Post Office branch in 1914, and it just sort of caught on everywhere.

Actually, the phrase was written by the ancient Greek historian Herodotus, describing the couriers who served the Persian army in a sixth-century war with the Greeks. So with no ancient Greek copyright laws to worry about, after 1,500 years the motto may soon need a reboot: “Neither snow nor rain nor heat nor gloom of night nor bathroom breaks nor meals nor sleep nor Hours of Service …”

On Tuesday, May 22, USPS began a test run using self-driving trucks to transport mail between distribution hubs in Phoenix and Dallas. It is the first of five round-trip runs over a two-week period in a partnership between USPS and autonomous vehicle startup TuSimple.

Founded in 2015 and based in San Diego, TuSimple has been on the leading edge of development of SAE Class 4 commercial truck technology. Having raised $178 million in funding since its inception, in 2018, the company, expanded its Tuscon, Arizona, testing facilities from 6,800 to 50,000 square feet and began and began making commercial deliveries in August for about a dozen customers along the I-10 corridor within the state of Arizona. The company currently has 12 contracted customers and is making three to five delivery trips per day.

After its last round of funding in February, TuSimple announced plans to have 50 vehicles on the road in Arizona in June. The pilot program with the Post Office will mark the company’s first foray into interstate delivery, as well as its first venture into Texas.

The mail deliveries will be done in Class 8 Peterbilts fitted with TuSimple technology, including its eight-camera array, which uses lidar and radar to “see” 1,000 meters in all directions. The route will run a shade over 1,000 miles each way over I-10, I-20 and I-30.

TuSimple will have a safety driver behind the wheel, as well as an engineer in the passenger seat monitoring the autonomous systems.

“It is exciting to think that before many people will ride in a robo-taxi, their mail and packages may be carried in a self-driving truck,” said Dr. Xiaodi Hou, TuSimple’s founder, president and chief technology officer. “Performing for the USPS on this pilot in this particular commercial corridor gives us specific use cases to help us validate our system and expedite the technological development and commercialization progress.”