Staying Fit on the Road by Bob Perry I believe more work needs to be done to make the occupation of professional driver healthier as well as safer. We need more support from motor carriers to provide education to drive awareness as well as accessibility to health screenings. Doing this will produce healthier outcomes for drivers.

Because of an unhealthy lifestyle and lack of good nutritional options while traveling, truck drivers are categorically one of the unhealthiest populations in our country. Several challenges are faced by this population.

It’s been noted in Global Insight that the average life expectancy of drivers is 61 years. Statistics from the National Institute of Health show that more than 50% of truck drivers are obese, compared to the national obesity rate of 26.7%. Compared to the general population, the prevalence of diabetes among truck drivers is 50% higher, and 87% of drivers have hypertension or pre-hypertension, compared to the national average of 58.3%, according to the Journal of Occupational Medicine.

Among the general adult population, 21% and 49% exercise regularly. Now, let’s look at the truck-driving population, where 54% smoke cigarettes and only 8% exercise. With the proper lifestyle choices, these drivers can reduce their risk of disease, and also increase their life expectancy and improve their quality of life.

These issues place additional stress on the drivers’ families as well.

What happens when the driver loses his or her ability drive, either because of failing health or a failed re-cert exam? Their livelihoods are in great danger with that loss of income.

We as an industry lose too. Why? Drivers are forced to find new occupations, leaving the trucking industry altogether. More times than not, these are skilled drivers — but they’re not so skilled at managing their health while living on the road.

This is where I believe carriers need to do more to make driving a safer, healthier job. If we want healthier, safer drivers and lower turnover, we must change the industry culture — and that starts at the top.

Most carriers think of nothing on spending thousands of dollars on truck technology to warn drivers of a potential engine breakdown on the road. It’s about time to allocate some of those dollars in driver health technology.

Known as The Trucker Trainer, Bob Perry has played a critical role in the paradigm shift of regulatory agencies, private and public sector entities, and consumers to understand the driver health challenge. Perry can be reached at [email protected]. 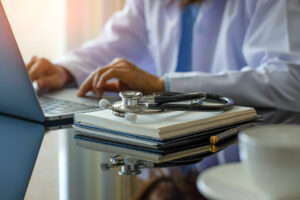 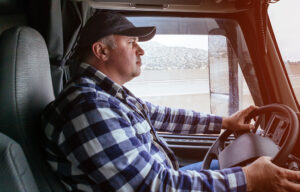 Why it’s important for drivers to manage their health, Part 1 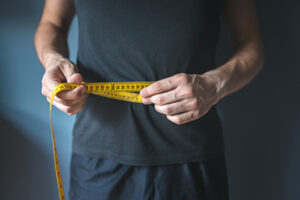 Did the COVID-19 pandemic have an effect on your weight? 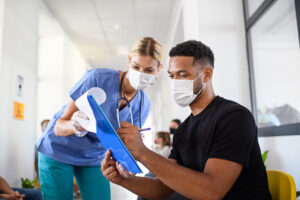 Why it’s important for drivers to manage their health, Part 2

Why it’s important for drivers to manage their health, Part 1

Bob Perry
Bob Perry has spent nearly the past four decades on a mission to educate professional drivers and share life-changing products and services to help them live healthier lives while on the road. Recognized throughout the transportation industry, from bus drivers to over-the-road professional drivers, Bob Perry has played an important role in creating a paradigm shift helping regulatory agencies, private and public sector entities, and consumers understand the current health challenges of the professional driver. He has participated as a wellness advocate in several roundtable discussions, large audience groups and small forums as well as going "curbside" through a national truck stop tour. Bob’s articles have been featured in The Trucker and a number of other national transportation industry publications and is the host of a weekly wellness call produced by Rolling Strong. Bob has been a regular guest on RedEye Radio and Land-Line Radio, and is often an invited guest on Sirius radio shows. He has been featured in the New York Times, Men's Health Magazine, Drug Store News, American Road Magazine, WSJ, NPR, ABC National Radio, as well as hundreds of daily newspapers. He has appeared on television news shows across the nation, including a featured TV segment on ABC NightLine News.
For over 30 years, the objective of The Trucker editorial team has been to produce content focused on truck drivers that is relevant, objective and engaging. After reading this article, feel free to leave a comment about this article or the topics covered in this article for the author or the other readers to enjoy. Let them know what you think! We always enjoy hearing from our readers.