LaGrange County, Ind. — A 67-year-old Ohio trucker died after his rig rear-ended the trailer of another 18-wheeler on Sept. 13 on the Interstate 80 toll road near the 125.7 mile marker in LaGrange County, according to an Indiana State Police (ISP) report.

The accident happened at around 5:10 p.m., the report noted.

When they arrived on scene, troopers found Herbert Meade’s 2020 Mack — which had crashed into the trailer of a 2018 Kenworth driven by Michael D. Ashley, 57, of Cuyahoga Falls, Ohio — badly damaged.

The impact trapped him inside his cab, and he suffered from “serious, traumatic injuries,” according to the ISP report.

“By the time medical crews were able to get to Meade to provided medical assistance, he had succumbed to his injuries,” the report said. “He was pronounced dead at the scene by the LaGrange County coroner.”

ISP said that Meade was traveling eastbound in the left lane of I-80 following behind Ashley when the accident occurred.

“At the time, the eastbound lanes of I-80 were restricted down to the left lane due to road construction,” according to the report.

“Traffic ahead had slowed or stopped due to that construction. Ashley began slowing for the stopped traffic; however, Meade’s truck was following too closely and failed to get stopped, subsequently crashing into the rear of the Kenworth’s semi-trailer. Meade’s truck sustained heavy damage to the driver’s side of the cab area, causing his entrapment and fatal injuries.”

Ashley was able to exit his truck uninjured.

This crash remains under investigation. 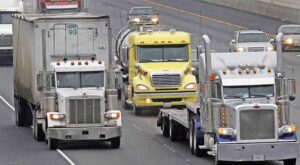 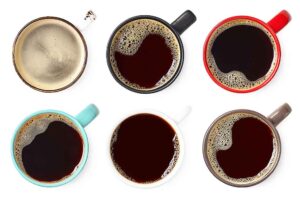