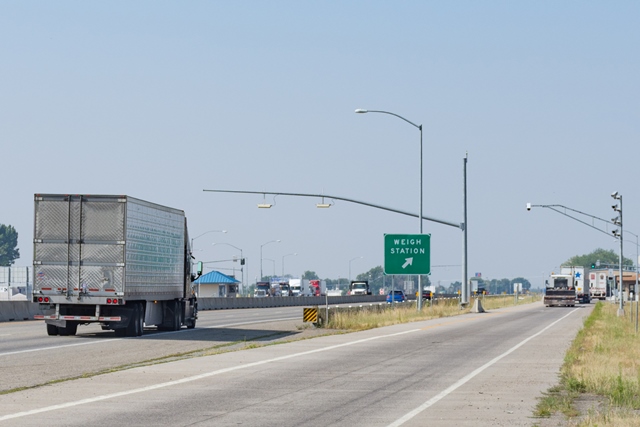 She said her office found potential violations of state conflict-of-interest and financial-reporting laws.

“What we have here really is a breach of public trust and a clear conflict of interest,” Galloway said.

In responses included in the audit, the state agencies where the two former state officials were employed said they withdrew members from HELP Inc.’s board, changed the process used for picking contractors and partnered with Drivewyze.

Missouri contracted with HELP Inc. starting in 2002, when it was the only company that could provide the weigh-station technology.

Drivewyze recently announced its PreClear weigh station bypass had expanded its service along Interstate 44 and Interstate 70 through Missouri with the re-activation of six bypass sites.

Those join two existing bypass sites the company already has operational near Joplin on I-44 east and westbound.

“We appreciate the work the Cole County prosecutor took to thoroughly investigate the allegations and uncover the truth in this matter,” said Karen Rasmussen, chief executive officer of HELP Inc. “We have always believed that all named individuals conducted themselves ethically and honorably and that a proper investigation would bear that out, as it now has.”

The Cole County Prosecutor’s investigation stemmed from a report issued April 26, 2018, by Galloway alleging misconduct by two HELP employees, a former HELP board member and a part-time HELP consultant.

All four individuals had served long and distinguished careers in public safety and transportation, Rasmussen said.

In his letter to the AG’s Office, Richardson described what his office discovered during his subsequent independent investigation, finding that Galloway’s allegations against one of the named individuals “had no truth to them” and that the ethical requirements of Missouri law in fact “were complied with by the four individuals” identified in Galloway’s report.

“As we went through the auditor’s report, we saw it was not based upon a thorough investigation,” Richardson wrote.

In referring to Galloway’s announcement that she had turned records over to federal law enforcement authorities, Richardson said, “When the FBI was contacted by this office, the [FBI] agent said they found nothing criminal and that they were going to close their file.”

Richardson also noted that no independent investigation had been undertaken by the Attorney General’s Office.

Richardson’s letter specifically refutes the allegations of Galloway’s report and chastises both the AG’s office and Galloway for their failure to thoroughly investigate the case before making public accusations against the four identified individuals.

“Not one of the four individuals was ever interviewed by the auditor or your [AG’s] office, although all [four individuals] have claimed to our office they were willing to discuss this matter fully with the auditor and AG’s Office,” Richardson said. “All four were interviewed by this office. All four were very forthcoming with any information requested.”

Richardson concluded that his office “found no evidence that any of the four either got a personal gain or cost the state any money by virtue of their work for the state or, after retirement, for HELP Inc.” He emphasized that “There has been no evidence found that any acts done by any of the four constitute public corruption.”

HELP Inc. provides PrePass services at 19 Missouri weigh stations at no cost to Missouri taxpayers. As of July 31, 2018, 28,825 Missouri-based trucks from 1,630 commercial fleets were enrolled in and qualified for PrePass bypass. Since the state deployed PrePass services in 2002 in Missouri, HELP’s $23,148,734 investment in the Missouri PrePass system has provided 34,737,466 safe bypasses, resulting in significant efficiencies for the State and operational cost savings to the trucking industry of $259,854,412.

HELP Inc. provides PrePass services at 19 Missouri weigh stations at no cost to Missouri taxpayers. As of July 31, 2018, 28,825 Missouri-based trucks from 1,630 commercial fleets were enrolled in and qualified for PrePass bypass. (Courtesy: HELP INC.)