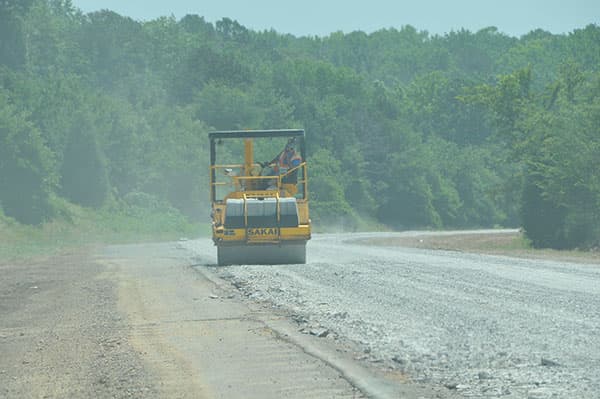 LITTLE ROCK, Ark. — Officials with the Arkansas Department of Transportation are already being asked how they will spend an extra $300 million a year it stands to receive through Gov. Asa Hutchinson’s highway plan that the General Assembly approved in its recently completed regular meeting, the agency’s top official said.

That figure includes nearly $100 million in increases to fuel taxes and some vehicle registration fees approved by legislators during the session and another $205 million if voters go along with lawmakers and approve a proposed constitutional amendment next year that would make permanent the half-percent sales tax voters approved in 2012. Otherwise, it is scheduled to sunset in 2023, the Arkansas Democrat-Gazette reported.

In March, Gov. Asa Hutchinson signed a separate highway funding bill into law as Act 416, which will impose a wholesale sales tax on gas and diesel fuel and raise electric and hybrid vehicle registration fees, effective October 1, and transfer at least $35 million a year in casino revenue and/or other funds to the highway department.

State officials project Act 416 will raise about $95 million for the department to spend on highways and about $13 million more a year each for cities and counties.

“We’re already being asked at presentations when we say this is a possibility, ‘What are we going to do with the money?'” Scott Bennett, the department’s director, said at a recent meeting of the Arkansas Highway Commission. “I don’t think we can keep saying, ‘We’re working on it, we’re working on it.’ I think we need to have a plan.”

That plan already is taking shape. Under an option the commission will consider at least one special meeting, the department would put the additional money into the overall department budget and fashion a $7.4 billion spending program over 10 years beginning in 2024, $3 billion of which would be available if voters approve the proposed amendment in 2020.

Most of the money — $3.8 billion — would go to heavy maintenance, which the department calls pavement preservation. The department recently has shifted emphasis of its regular road construction money to relatively inexpensive overlays of new asphalt to extend the life of the road surface before a more expensive reconstruction job is necessary.

The pavement preservation piece would improve 9,000 miles to 11,000 miles of highways across the state. Eighty percent of the miles would be on what is called the Arkansas Primary Highway Network. The 7,900 miles on the network constitute about half of the 16,000 miles on the state system, but carry 90% of the traffic.

Twenty percent of the $3.8 billion would go to roads off the network, which the department has struggled to maintain in recent years.

Under the plan, the department also would devote $1.1 billion to bridge replacement and preservation; $1 billion to interstate maintenance; $1 billion to capital projects and congestion relief, such as widening projects; and $500,000 to targeted safety improvements.

Bennett said those numbers could shift if the commission wanted to put more money into capital projects and have a mini-version of the Connecting Arkansas Program, which is the $1.8 billion construction program that focused on regionally significant projects. It is largely financed by the existing half-percent sales tax, which voters approved in 2012. Such a shift would leave less money for pavement preservation under an alternative option.

Bennett and the commission say they will work on that plan in the next month, mindful of the guidance provided by Hutchinson both in his campaign for re-election last fall and during the legislative session, where he pushed for and helped pass the highway legislation.

“What the governor presented was a 10-year program,” Bennett said. “I think he’s looking for, ‘Is that the right option? Is there another option?’ Basically, the other option is to have another round of the Connecting Arkansas Program.

“Those questions are going to have to be answered before we go forward with a program. None of that has been presented to the governor.”

That prompted commission Chairman Tom Schueck of Little Rock to ask: “Is this our program or is it the governor’s program?”

“It is your program, but I believe it is going to have to be coordinated with the governor,” Bennett responded. “The governor got out in front. He promoted this as part of his re-election campaign. He got out in front and helped this pass (in the Legislature).

“I think he’s going to have to be on board and out front and campaigning for it also.”

In a separate statement, Hutchinson said a committee backing the proposed amendment likely will be formed later this year.

“There will be a committee established in support of the amendment,” he said. “It’s premature to know exactly how that will be constituted, but I expect that will take place later this year. There will certainly be an active campaign to support that extension, and I will lend my support to it.”

In the meantime, at the urging of commission members Alec Farmer of Jonesboro and Keith Gibson of Fort Smith, the commission will hold a work session to, in Gibson’s words, “work through” the plans. Schueck agreed.

“Somewhere in the next month, before the next meeting, we have a work session to narrow that down as to which option we think is best for us,” he said. “The next step is to sell it to the governor or give it to the governor and see if he approves and if he does and we do, then we’re on our way.”