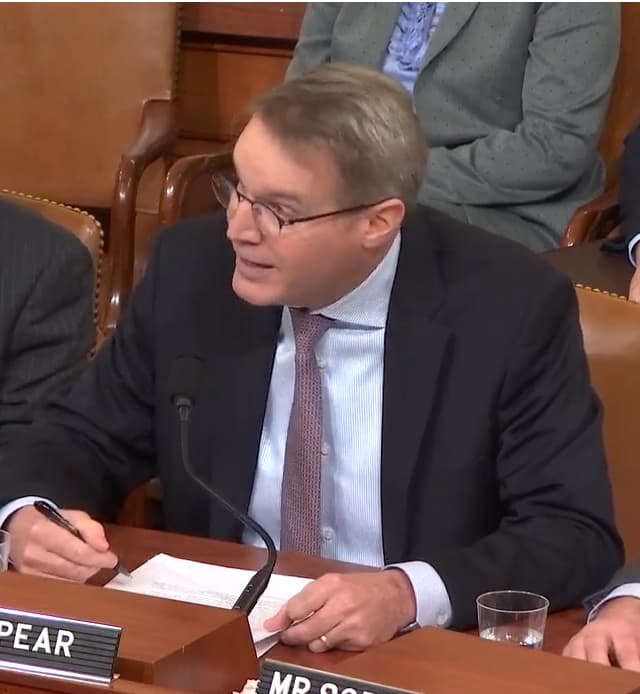 Spear was among several witnesses who testified at the committee’s hearing on “Our Nation’s Crumbling Infrastructure and The Need for Immediate Action.”

“The title of this hearing is entirely appropriate,” Spear said in prefacing his testimony. “Our infrastructure is not being adequately maintained. It’s inefficient, it’s dangerous and Congress is literally months away from losing its best window of opportunity to fix these problems before surface transportation funding reaches a crisis point as the Highway Trust Fund begins to rapidly deplete beginning in FY2021.We hope you will act with the urgency and expediency that this moment requires.”

“We’re living it – and every day we fail to invest, we’re putting more lives at risk. In nearly 53 percent of the highway fatalities, the condition of the roadway contributed,” he said. “Time wasted sitting in traffic – rather than at work or with our families – has skyrocketed. Motorists now pay an average of $1,600 due to repairs and congestion each year. Trucking now loses $74.5 billion sitting in gridlock. These are regressive realities and the escalating costs of doing nothing – and they are reflected in the prices we all pay. These costs are measurable and should serve as offsets for new spending on our nation’s infrastructure.”

ATA has proposed a 20-cent-per-gallon fee on motor fuels — collected at the wholesale rack — as a way of raising real funding for investment in infrastructure. This fee, called the Build America Fund, would be phased in over four years at a nickel per year and generate $340 billion over the next decade for road and bridge repair and replacement.

“This is the essence of regressive and our future if you choose to devolve your Constitutional authority to the states,” he said. “In contrast, if motorists paid the average toll – the cost of a 10-mile trip over an eight-day period on I-66 would equal their cost for an entire year under ATA’s Build America Fund for all roads and bridges in the United States.”

“The Build America Fund is the most conservative proposal – costing less than a cent on the dollar to administer versus up to 35 cents on the dollar for tolling schemes,” Spear said.

Spear pointed out the importance of trucking to the American economy.

“Trucking is the fulcrum point in the United States’ supply chain. This year, our industry will move 70 percent of the nation’s freight tonnage, and over the next decade will be tasked with moving 3 billion more tons of freight than it does today while continuing to deliver the vast majority of goods,” he said. “Trucks haul 98 percent of the freight originating in Massachusetts and two-thirds of the freight delivered from Texas. In 2017, the goods moved by trucks were worth more than $10 trillion. The trucking industry is also a significant source of employment, with 7.7 million people working in various occupations, accounting for every one in 18 jobs in the U.S. Furthermore, ‘truck driver’ is the top job in 29 states.