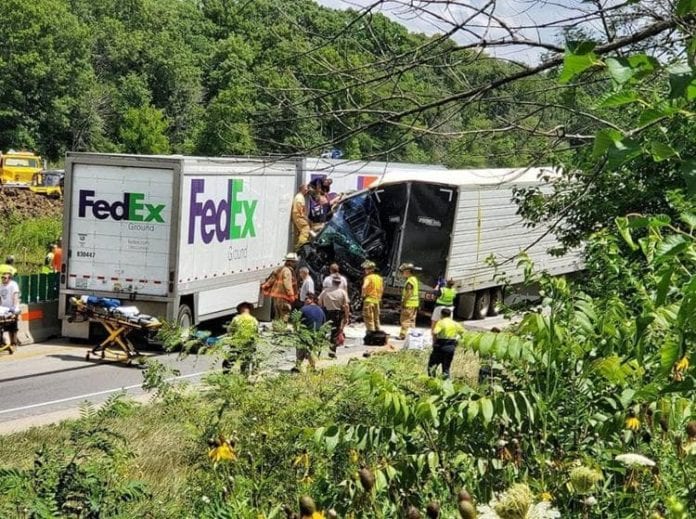 EFFINGHAM, Ill. — The driver of a tractor-trailer involved in a traffic accident Saturday on Interstate 70 near here that killed three Missouri residents and injured three other motorists failed to reduce speed to avoid a crash in a construction zone, police said.

Asllan Pino, 59, of Chesterfield, Michigan, was traveling eastbound on I-70 when he struck the back of an SUV driven by Virginia E. Abrams, 59, of Wildwood, Missouri. She was killed along with two of her passengers, Matthew Murphy, 63, and Marleen Murphy, 61, also of Wildwood.

Two other passengers in the Yukon were injured and taken to hospitals.

Illinois police are investigating the crash.

Police said the vehicles were in a construction zone and came to a stop for an unknown reason.

Authorities said Sunday announced preliminary charges against Pino of failure to reduce speed to avoid a crash. It wasn’t immediately known if he has a lawyer.

The Illinois accident was the second triple fatality wreck in the last week involving a tractor-trailer that ran into the back of a line of vehicles in a construction zone.