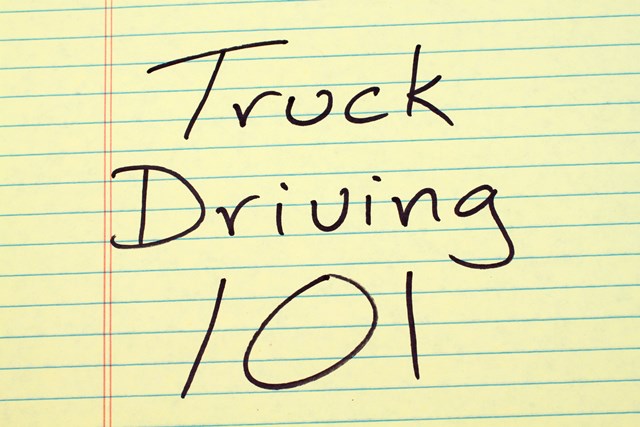 SACRAMENTO, Calif. — The California Legislature has passed and sent to Gov. Jerry Brown a bill a state senator says would improve safety by strengthening regulations for acquiring a commercial drivers license.

“Every day, Californians share the road with large commercial vehicles that transport commercial goods, hazardous materials, and passengers.  Commercial drivers who lack adequate training put everyone on the road at risk,” said Democratic Sen. Bill Monning, who is also the Senate Majority Leader. “SB 1236 will ensure that drivers of big rigs and other large commercial vehicles have the necessary experience to drive safely by establishing a minimum number of behind-the-wheel training hours.  These stronger training standards will save lives.”

Monning noted that in 2014, a truck driver lost control and crashed into 10 cars, injuring seven and killing 25-year-old Daniel McGuire of Santa Cruz.

He said the truck driver’s lack of adequate training and experience was deemed a major factor in the fatal crash.

In that same year, there were 10,062 at-fault commercial vehicle collisions reported in California, of which 2,432 resulted in injury and 68 were fatal.

Monning’s bill will implement a federal rule that requires those seeking a commercial driver’s license (CDL) complete a certified course of instruction from a commercial driving institution or program offered by an employer before being issued a CDL.

Additionally, SB 1236 requires the Department of Motor Vehicles to adopt regulations to comply with the federal rule by June 5, 2020, and establishes minimum behind-the-wheel training requirements to be completed as part of CDL training.

That minimum is 15 hours of behind-the-wheel training, at least 10 hours of which shall be on a public road. For the purpose of meeting the requirement, every 50 minutes of driving time is deemed to be an hour of training.

The Owner-Operator Independent Drivers Association is on record at the statehouse in support of the legislation. The trucker’s group claims nearly 6,000 members residing in the state and thousands more who operate on the California highways each day.

He pointed out that a final rule on entry-level driver training standards published in December 2016 by the feds does not include a minimum number of hours of behind-the-wheel instruction.

“While the final rule will improve driver training and highway safety, it does not include a requirement that CDL applicants receive a minimum number of hours of behind-the-wheel instruction.”

“While we would have preferred to see more hours of behind-the-wheel training included in the bill, we’re still supportive of the final product,” Matousek said.