CASPER, Wyo. — A 5-year-old boy died shortly after a June 9 wreck involving an SUV that traveled in front of the path of an 18-wheeler in Wyoming.

An accident report states that a Kenworth semi-truck driven by Howard Lorenzen, 62, of Lusk Wyoming, was heading east on Wyoming 220. As Lorenzen approached an intersection with Pathfinder Road, a 2008 Honda Pilot driven by Sierra M. White, 23, of Evansville, Wyoming, was stopped at the intersection, facing north.

White reportedly accelerated rapidly forward into the lane of Lorenzen’s truck as he was going through the intersection, according to the accident report. The Kenworth collided with the driver’s side of the Honda, causing both vehicles to overturn.

A 4 and 5-year-old were secured in the back seat of the Honda in child restraints, and both were transported to Wyoming Medical Center for injuries sustained in the crash. The 5-year-old succumbed to his injuries shortly after arriving at the hospital.

Another passenger in the Pilot, 27-year-old Evansville resident Catherine Brummett, along with White, was also taken to the hospital with injuries.

Lorenzen was wearing a seatbelt and transported to Wyoming Medical Center for injuries he sustained in the crash.

Wyoming State Patrol said that driver inattention and cell phone use on part of white are being investigated as potential contributing factors. 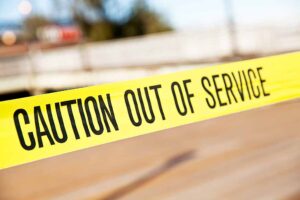