UCA, located in Conway, Arkansas, conducted the study for the Alliance for Driver Safety and Security, also known as the Trucking Alliance (TA).

The study claims that the U.S. Department of Transportation is under reporting the actual use of hard drugs by professional truck drivers.

OOIDA, through its research and education arm, the Owner-Operator Independent Driver Association Foundation (OOFI), says that “the reliability, validity and ultimately the conclusions that TA’s non-peer reviewed report are highly questionable. In fact, the research only proves to show that TA member drivers have historically used cocaine more than marijuana.”

Doug Voss, professor of logistics and supply chain management at UCA in Conway, co-authored the study and rebutted the OOFI criticism.

“We appreciate OOIDA/OOFI’s critique of our report,” Voss wrote in an e-mail to The Trucker. “Unfortunately, OOFI did not carefully examine our past work or the current report and, ultimately, created a nameless, faceless document that argues semantics and ignores accepted research norms.”

In its rebuttal, OOFI stated that “UCA’s study lacks the very basics of a valid and reliable research effort. The study includes no analysis, demographic information, literature review, hypothesis or even methodology. Peer review is a key component of any good research project in order to properly evaluate and verify the findings. UCA provides limited information and yet expects the reader to accept their conclusions on blind faith.”

Voss fired back, writing: “First, they claim our sample is not generalizable to the broader driver population because the TA sample ‘includes only a small subset of carriers who are located in distinct regions of the United States.’

“Our peer-reviewed research (Voss and Cangelosi, 2020) established that TA drivers are hired from a nationwide pool with a statistically significant geographic correlation to the U.S. truck driver population as provided by the U.S. Bureau of Labor Statistics.”

Voss continued, writing: “OOFI further claims that our sample is not generalizable because we do not control for demographics. Our peer-reviewed research (Voss and Cangelosi, 2020) establishes that a sample size of 16,641 is required to make inferences to the U.S. truck driver population given a 1% margin of error and 99% confidence interval.”

Voss further stated that “our current analysis utilizes hair tests from 288,495 drivers and urine tests from 305,337 drivers, which is over 17 times the required sample size.”

“We also provide statistical evidence that positive urine tests reported to the Drug and Alcohol Clearinghouse (DAC) and those reported by the TA are significantly correlated, which provides evidence that the TA sample is generalizable to the DAC sample.  OOFI’s criticism is invalid,” Voss stated.

OOFI contended that the UCA report is invalid because hair and urine tests are incomparable due to detection window differences.

To that, Voss stated: “OOFI seems to believe that urine is superior because it can be used to detect current drug use. We agree that urine is better suited for post-accident drug screens. However, our report examines pre-employment drug screens, the purpose of which is to determine whether a driver has used drugs.  Once again, OOFI’s criticism is invalid.”

Voss continued: “Other aspects of the OOFI paper indicate they did not carefully consider our work. OOFI claims we attempted to mislead readers by failing to indicate our drug use percentages were based on positive drug tests and not the total number of tests.”

“Additionally, OOFI critiques our report by claiming we do not compare safety outcomes between firms who only employ urine testing and those who also employ hair testing,” Voss stated.

“This was never the purpose of our work, which is clearly defined in its very first sentence. We do believe examining hair testing’s safety outcomes would be interesting, however, the safety benefits of removing drug users from the road appear obvious.”

The FMCSA has not responded to the study’s findings. 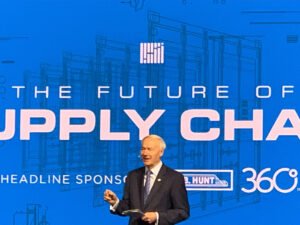 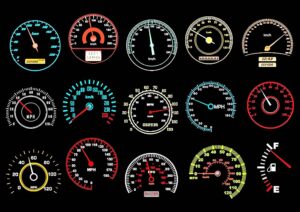 As if not enough, FMCSA/DOT incompetent administration, yes, they are clueless to transportation industry, now we have a piss contest among them, OOIDA,ATA, and so called professors of logistic, wich we drivers and Owner operator, fibe all the merit of a.really screwup mountain if rules,regulation and deregulation, allowing mega companies, brokers, receivers, shippers , to discriminate, abuse, exploit, lie, under pay, drivers..and OO.. thise assossiations and offices, now universities, are with one intent,only: support the multibilionaires megas carriers, and crooks, brokers, dispatchers, shippers receivers, in the name of “” logistics and freight moving”.
Those organization are criminally mistreat the main vain that support worldwide economy and living, to most truckers are uneducated irresponsible animals, that do not deserve the basic human right, yes it is taken from us, withh all this little piss contest in between, goverment, associations, organizations, and now universities. Truckers are not united and they take advantage over that, exploitation is at the maximum.
Talking about truckers under influence, why truck stops sale alcohol, marijuana, hemp, etc. But do not have enough of rest area stop, truck parking stop. Decent food, only junk fast food,
Is.all hypocrisy, lies..aand that is the real reason why people dont wanto to became.drivers anymore, to much of.sacrifice, not enough revenue and benefits.. companies advertasing “:” exellent pay..at 19,00 per hour, thats thievery, this peole should puld be ashamed, and truckers should have more.pride, union, and fight together. Those parasites…shame… 35 years driving, 4.5 million miles on my old back shame, all the sacrifice and pain for nothing, shame DOT, shame FMCSA

It’s funny, I failed a random urine test that put me out of order for a prescription I had, they said it wasn’t a drug, it was a metabolite, of a drug….I challenged it, I won, and took a DNA hair follicle test good for 90 days on 5 panel, but I went further, I wanted to dig into this deeply as I’m NOT any type of addict…So I also purchased enhanced opiates of the follicle, a DNA test to be put mildly….it came back CLEAN up to 12 months back….Guess what I won, a simple email that stated the clearinghouse only accepts urine tests….So my attorney served the MRO and the chief officer for DOT to reverse the clearinghouse…..

The clearinghouse was rushed into play by major carriers pushing the DOT and lobbying for it….

It’s NOT an accurate system
It was designed based on already existing archaic rules for DOT testing…..Urine Samples only

My info is on a lawmakers desk in DC with extremely HARD to contest DNA follicle evidence, the problem is, they never designed the foundation laws of the clearinghouse to accept any tests except urine….so until laws change, you cannot contest a sadly inaccurate specimen that’s has high probability of being inaccurate with a more advanced extremely accurate specimen such as follicle or DNA….Which is accepted in every court in the land except the clearinghouse

At this point we don’t even know if the urine test that was positive is even mine, the test disappeared 10 days and the 24 hr shipping plus 72 hr test plus 72 hr secondary with digital transfer does not take 10 days, furthermore the split specimen if you pay to test it, you still are not guranteed it wasn’t mishandled, leaked, or if it’s even yours and you won’t get anything but a phone call….

I have the strongest evidence in the land that says I was clean, and there was something wrong with their test taken during the Covid unemployment era where everyone was understaffed and overworked…..

If any media outlets wish to follow up, I kept all information and tests etc…..