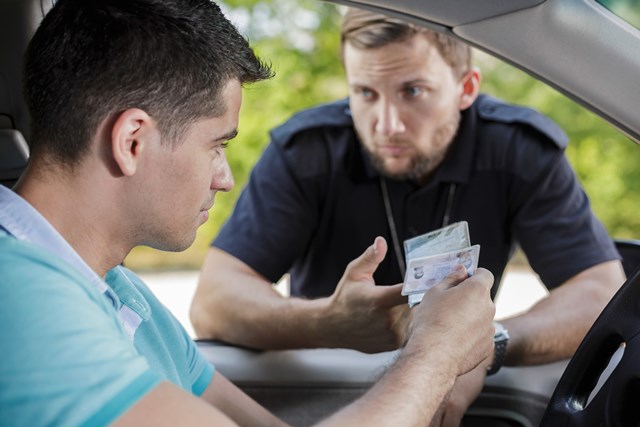 This safe driving enforcement and awareness campaign aims to call attention to driver behaviors, the main cause of crashes, and combat those behaviors through heightened traffic safety enforcement and educational outreach, the CVSA said in a news release..

During the week, which is a safety initiative of the Commercial Vehicle Safety Alliance, 51,000 law enforcement officers made contact with 113,331 CMV drivers and passenger vehicle drivers.

CMV drivers were given 29,908 warnings; 57,999 warnings were given to passenger vehicle drivers.

The top five citations issued to CMV drivers were:

The top five citations issued to passenger vehicle drivers were:

In addition, 17 CMV drivers and 714 passenger vehicle drivers were cited for driving too fast for the conditions.

According to the National Highway Traffic Safety Administration (NHTSA), in 2016, 18 percent of drivers involved in a fatal crash were speeding at the time of the crash and 27 percent of those killed were in a crash involving at least one speeding driver.

NHTSA research found that of the total number of people killed in motor vehicle crashes in 2016, 48 percent were not wearing a seat belt. Seat belts could have saved an estimated 2,456 people if they had been wearing one. For professional drivers specifically, safety belt usage by commercial truck and bus drivers was at 86 percent in 2016, according to Federal Motor Carrier Safety Administration survey data.

According to NHTSA, in 2016, 3,450 people were killed in motor vehicle crashes involving distracted drivers. NHTSA also estimated that of the total number of roadway deaths, crashes and injuries, 660,000 drivers were using an electronic device while behind the wheel. Of the total number of fatal crashes, 10 percent involved the use of a phone. And according to the Centers for Disease Control and Prevention, each day in the United States, approximately nine people are killed and more than 1,000 injured in crashes reported to involve a distracted driver.

Public awareness and educational campaigns are also a major aspect of this initiative. CVSA offers resources on its website for CMV drivers, teen and novice drivers, driver’s education instructors and driver trainers. During Operation Safe Driver Week, 177 safety programs were downloaded and delivered to teens and CMV drivers. The safety programs target unsafe driving behaviors and aim to prevent crashes through effective education.

In addition to enforcement and education, 8,533 motorists were assisted during Operation Safe Driver Week, highlighting the dedication to service and safety by law enforcement.

As in prior years, FMCSA participated in 2018 Operation Safe Driver Week by directing federal safety investigators to focus on carriers with recent crash involvement and high percentiles in the driver-based Behavior Analysis and Safety Improvement Category (BASIC). Although investigative and enforcement data continue to be collected and analyzed, as of the date of this release, FMCSA completed 108 compliance investigations and cited more than 100 acute and critical violations.

“During Operation Safe Driver Week, law enforcement officers throughout the United States and Canada aimed to reduce the number of crashes on our roadways through an effective mix of education and enforcement of highway safety,” said CVSA President Capt. Christopher Turner with the Kansas Highway Patrol. “By improving the driving behaviors of all drivers operating in an unsafe manner, either in or around commercial motor vehicles, we are working our way toward the goal of zero roadway deaths.”

Got the state coffers filled ,for now