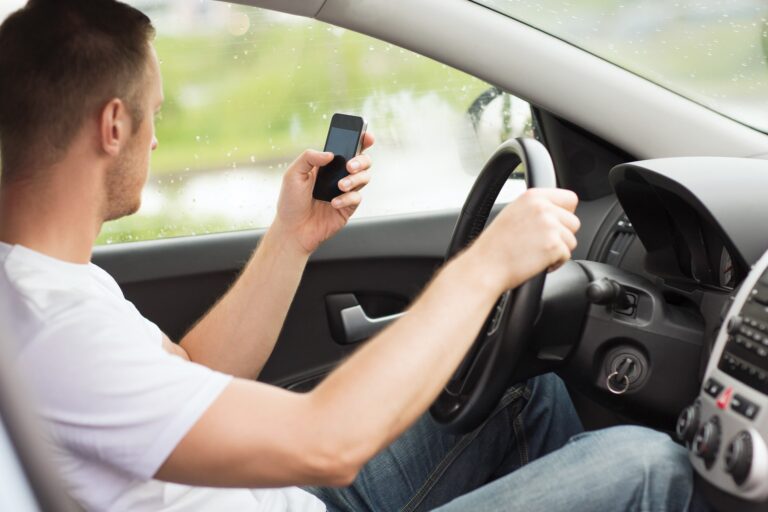 ARLINGTON, Va. — Virginia drivers observed in a 2018 Insurance Institute for Highway Safety (IIHS) roadside survey were 57 percent more likely to be manipulating a cellphone than drivers in a similar 2014 survey.

At the same time, drivers were less likely to be seen simply holding a cellphone or talking on a hand-held phone than in the prior survey. The finding is consistent with research indicating that drivers are talking on hand-held phones less and fiddling with them more often than in recent years.

The problem of distracted driving, especially cellphone use, continues to raise concerns, not just in Virginia but the entire nation, the IIHS said.

A 2018 national survey by the AAA Foundation for Traffic Safety found that 64 percent of respondents consider distracted driving a much bigger problem today than it was three years ago.

About 37,000 people died in motor vehicle crashes in 2017, the most recent year of data available. Assuming the prevalence of phone manipulation nationwide rose as it did in Northern Virginia to 3.4 percent, and assuming, based on the latest research, that fatal crash risk is 66 percent higher when manipulating a phone, then more than 800 of the estimated crash deaths in 2017 could be attributed to phone manipulation.

This estimate is based on work by IIHS and other researchers describing how the estimated risk and prevalence of phone use can be combined to estimate the number of crash deaths that could be attributed to phone use in a given year.

The 66 percent increase in fatal crash risk associated with manipulating a cellphone relative to driving when other secondary behaviors were present is a finding of a 2018 study by the AAA Foundation for Traffic Safety and the Virginia Tech Transportation Institute.

“The latest data suggest that drivers are using their phones in riskier ways,” said David Kidd, who co-authored the study and is a senior research scientist with Highway Loss Data Institute. “The observed shift in phone use is concerning because studies consistently link manipulating a cellphone while driving to increased crash risk.”

Cellphone use affects how drivers scan and process information from the roadway, the IIHS study said.

Drivers generally take their eyes off the road to dial, send texts and browse the web on a hand-held phone — all activities that fall under the rubric of manipulating the phone. Drivers engaged in cellphone conversations tend to concentrate their gaze toward the center of the roadway, but their attention still may be diverted from driving and make it difficult for them to process what they are looking at.

IIHS stationed observers at 12 locations across four Northern Virginia communities, on straight stretches of roads, at signalized intersections and at roundabouts in March 2018.

Observers noted nearly 12,000 drivers in the 2018 survey and more than 14,000 drivers in 2014 during the morning, afternoon or early evening on weekdays. Researchers noted if drivers were engaging in one or more of 12 visible secondary behaviors while moving or stopped at red lights.

About 23 percent of drivers were engaged in one or more distracting activities:

“When people talk about distracted driving, most often cellphones are the focus, but drivers are distracted by other secondary behaviors more often than cellphones,” Kidd said. “Things as simple as drinking coffee or talking to your kids can take your attention away from the road.”

About 14 percent of drivers were engaged in nonphone-related secondary behaviors in 2014 and 2018, which exceeded the proportion of drivers seen using phones in both years.

Relative to 2014, drivers were more likely to be observed manipulating an in-vehicle system, grooming themselves, or manipulating or holding an electronic device other than a phone after researchers adjusted for community, perceived driver gender and age, time of day and roadway situation.

Drivers in 2018 were less likely to be talking or singing while driving alone, smoking, or wearing headphones or earbuds. The prevalence of eating or drinking, talking or singing with a passenger present, wearing a Bluetooth device, or engaging in some other visible secondary behavior wasn’t significantly different between 2014 and 2018.

“We didn’t find evidence of an increase in distracted driving overall between the 2014 and 2018 roadside surveys,” Kidd says. “For cellphone-related distraction in general, we expect a continued shift in the way people interact with the devices as the technology evolves.”

Despite efforts to determine cellphone use by drivers in crashes, such data continue to be difficult to collect as they largely depend on people truthfully telling law enforcement officers what they were doing or voluntarily handing over their phones for inspection, the IIHS said.