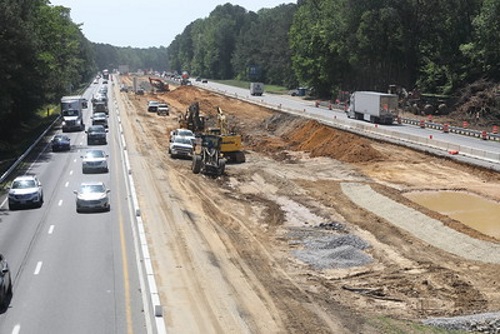 WASHINGTON — The U.S. Department of Transportation finalized an up to $502.9 million Transportation Infrastructure Finance and Innovation Act or TIFIA loan to the Hampton Roads Transportation Accountability Commission to help finance several “regional priority projects” all located along Interstate 64 in Virginia.

That loan – issued through USDOT’s Build America Bureau – will help collectively increase capacity on I-64, adding both general purpose and highway occupancy vehicle or HOV lanes, update portions of the interstate to current highway design standards, and improve vehicular level of service to address the long-term safety and efficiency needs of the corridor, according to an article in the Journal, the official publication of the American Association of State Highway and Transportation Officials.

USDOT added in a statement that the HRTAC – created in 2014 to procure, finance, build, and operate highway, bridge, and tunnel projects in the Hampton Roads area – plans to repay this TIFIA loan primarily via revenue generated by regional motor vehicle fuel and other taxes, the availability of which are subject to appropriation by Virginia’s general assembly.

USDOT noted that it has closed nearly $6.2 billion worth of TIFIA financing to date, supporting more than $21.2 billion in infrastructure projects across the country.