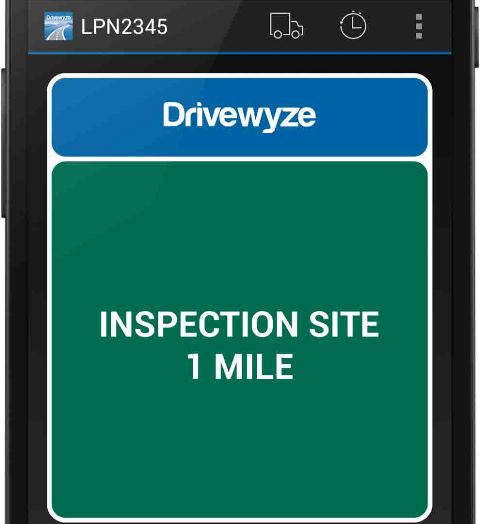 These five locations join an existing Drivewyze service site on I-80.

All six Nebraska bypass sites are located at busy weigh stations and are integrated with weigh-in-motion sensors embedded in the roadway.

The added locations in Nebraska follow Drivewyze’s announcement that 21 locations in Oregon, through the Oregon Green Light (OGL) preclearance program, will be activated soon.

In addition, six locations in Missouri were activated at the end of August.

“We continue with our aggressive expansion, having coverage in 43 states and provinces; plus we’ve been working hard to expand the number of service sites within our existing state network,” said Brian Heath, president and CEO of Drivewyze. “Our goal is to provide our customers with the industry’s most bypass opportunities. It incentivizes participation in the bypass program by providing coverage where and when drivers need it most.  It also gives our customers a competitive advantage by saving more time and money while improving driver recruitment and retention.”

I-80 is the major artery running through Lincoln and Omaha – Nebraska’s two largest cities, and it has the state’s highest truck volume with an average of around 3,500 trucks per day. “The interstate connects truckers through Denver and all the way to Salt Lake City to the west; to the east, it will take them to Chicago.”

The new Drivewyze locations were installed at the three busiest weigh station locations in Nebraska — located in Waverly — eastbound (joining the westbound site that was previously activated), and North Platte (both east and west). On Highway 2, the locations are in Nebraska City — both west and eastbound. Nebraska City is the state’s third busiest weigh station (about 40 minutes south of Omaha) and connects truckers to Kansas City. Highway 2 near Lincoln has the largest truck volumes among highways outside of urbanized areas with some portions experiencing more than 2,500 trucks per day.

According to Colonel John Bolduc, superintendent of the Nebraska State Patrol, the activation of more Drivewyze sites will help the state continue to improve highway safety, while rewarding industry for their safety and compliance practices.

“We strive for efficiency at the Nebraska State Patrol and are always looking for ways to improve our service to Nebraskans and others who share the road,” Bolduc said. “The Drivewyze system gives our Carrier Enforcement Troopers a valuable tool to work with carriers and keep Nebraska roads safe.”