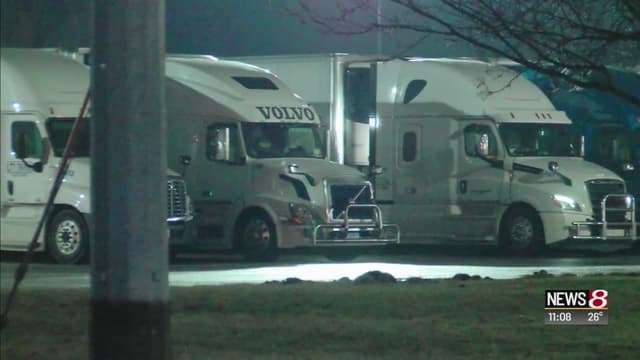 INDIANAPOLIS — Indiana State Police say they expect from 400 to 500 semitrucks on Interstate 465 during Thursday’s “slow-roll” protest in Indianapolis.

Multiple media outlets in the Indianapolis area have reported on the scheduled protest, which organizers say is designed to bring attention to government regulations that truck drivers say call “unfair.”

Indiana State Police Public Information Officer Matt Ames told television station WTWO/WISH that extra troopers will patrol I-465 during the time of the protest, which is scheduled to begin at 11 a.m.

He said police expect the protest will be peaceful, but troopers will monitor the situation.

“Once they hit 465 and pull out, that’s where they’re going to do their slow roll. You know, 45 to 50 mph is what they’re going to be doing,” said Amber Furry, an Indiana truck protest organizer.

Similar protests earlier this month drew 10 to 15 trucks in Dallas and more than a dozen trucks along I-57 in Illinois, according to news reports.

Truck driver Donald Day said the tracking devices have forced drivers to have shorter amounts of time to deliver products to their destination.

The devices, protesters say, are burdensome, expensive and vulnerable to cyber attacks.

Ames said the protest organizers had reached out to the Indiana State Police Commercial Vehicle Enforcement Division about the event.

“They have told us they will obey traffic laws, they will not occupy the left lane and they will try to leave enough gaps between the trucks to allow traffic to safely merge on and off the interstate,” Ames said.