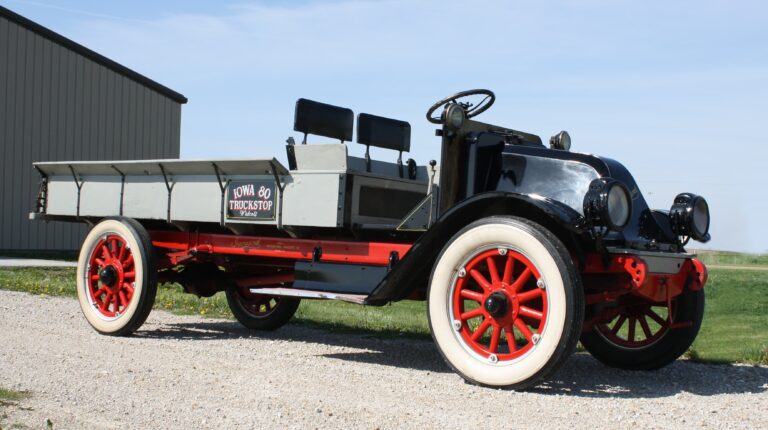 WALCOTT, Iowa — Iowa 80 Trucking Museum will host a 100th Birthday party for two of its 1919 trucks as part of the 40th annual Walcott Truckers Jamboree set for Thursday through Saturday this week.

The public is welcome to attend the celebration.

“The 1919 International is the first truck Bill Moon ever purchased”, said Dave Meier, museum curator. “He kept the truck at his house under the car port. His kids played on it and Bill drove it in many parades. It was the truck that started his love of collecting.”

It’s important to note that that same model of truck was the first to climb Pike’s Peak.

Then the 1919 Pierce Arrow was purchased, but it looked nothing like it does today. The truck has been completely restored. It is a crank start, has solid rubber tires and a worm drive. The dump bed is hydraulic.

For more information on the jamboree, visit https://iowa80truckstop.com/trucker-jamboree/.