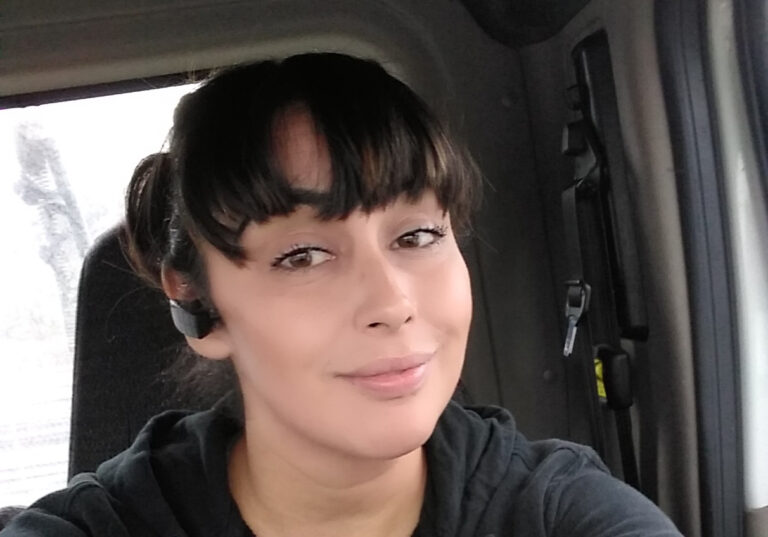 PLOVER, Wis. — Jessica Luttrell has been named Women In Trucking December 2019 Member of the Month.

Luttrell is a professional driver for Umpqua Dairy in Roseburg, Oregon.

When Luttrell was 30 years old, she moved to Oregon in search of a new career. She noticed a lot of trucks in her area and researched what it would take to become a driver.

Luttrell did not grow up around trucks but had always been fascinated with them. So, she felt becoming a professional truck driver was a good career choice. After obtaining her CDL, she started driving over-the-road solo. Most memorable during this time was transporting rescue animals who were close to being euthanized to new cities and states to foster homes.

Later, Luttrell’s husband followed in her footsteps, also obtaining his CDL. They drove team over-the-road for two years. At that point, Luttrell made a choice to drive locally so that she could be closer to her children at home.

Driving locally gave Luttrell the opportunity to drive a dump truck for a construction company and even a tanker for a farm company. She is currently running a refer unit in the Pacific Northwest and is able to be home every night.

“The company I currently work for has been around since 1931, and I am the first female truck driver hired here,” Luttrell said. “I feel like my job performance is setting the bar for future female drivers within this company.”