Home The Nation Love’s, its customers raise more than $3.75 million for children’s hospitals 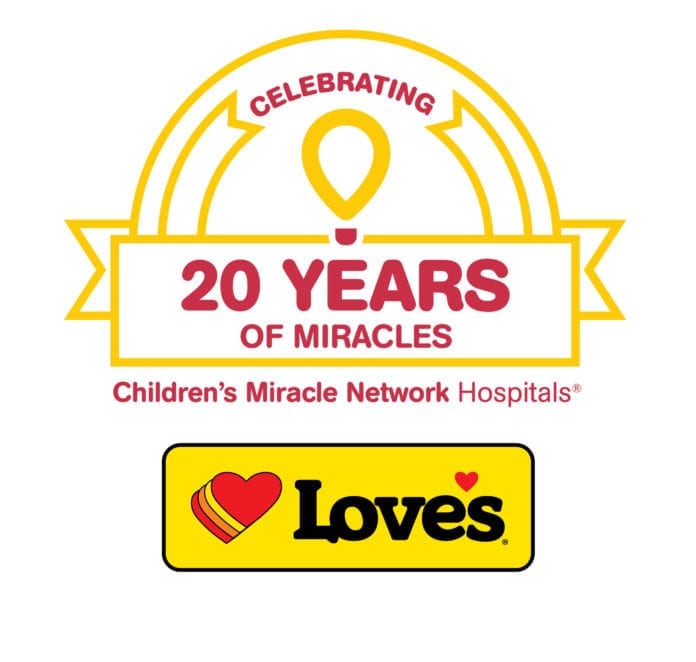 Love’s showed additional support for CMN Hospitals on National Coffee Day, which took place September 29-30 during the store campaign. To honor the day, all hot beverages were discounted to $1, with sales going to CMN Hospitals. (Courtesy: LOVE'S)

OKLAHOMA CITY — Love’s Travel Stops & Country Stores and its customers raised more than $3.75 million for sick and injured children through its five-week store campaign to raise funds for Children’s Miracle Network Hospitals. In the 20th year of the campaign, the company surpassed its goal of $3.6 million and set a company record for the most money raised during a campaign.

“We are so thankful to our employees and customers who not only donate at our stores, but who also go out of their way to raise money for sick and injured children in creative ways,” said Jenny Love Meyer, vice president of communications for Love’s. “Each year, we enjoy seeing communities come together for this effort and we couldn’t be prouder to have raised over $3.75 million for this year’s campaign.”

From August 26-September 30, customers could purchase Miracle Balloons, round up to the nearest dollar at registers or pumps or participate in events like 5k runs or fishing tournaments to donate money to CMN Hospitals.

Love’s showed additional support for CMN Hospitals on National Coffee Day, which took place September 29-30 during the store campaign. To honor the day, all hot beverages were discounted to $1, with sales going to CMN Hospitals.

“We are excited about the results of this year’s Love’s fundraising campaign,” said John Lauck, president and CEO of CMN Hospitals. “Not only did 2019 mark a 20-year milestone of partnership between Love’s and CMN Hospitals but more exciting, Love’s also crossed $31 million in donations to help sick and injured children treated in our hospitals across the U.S.”

Of the 170 CMN Hospitals throughout North America, 107 benefit from Love’s annual campaign.

CHARLESTON, S.C. — The first phase of a new terminal at the South Carolina Ports is on schedule to open in March, officials said. Port...

AUGUSTINE, Fla. — Finding safe, secure overnight parking can be a constant struggle for over-the-road drivers. US 1 Logistics wants to help. As of Aug....

The U.S. Customs and Border Protection (CBP) field offices at the nation’s southern and northern borders intercept many shipments of illegal drugs and other...
For over 30 years, the objective of The Trucker editorial team has been to produce content focused on truck drivers that is relevant, objective and engaging. After reading this article, feel free to leave a comment about this article or the topics covered in this article for the author or the other readers to enjoy. Let them know what you think! We always enjoy hearing from our readers.