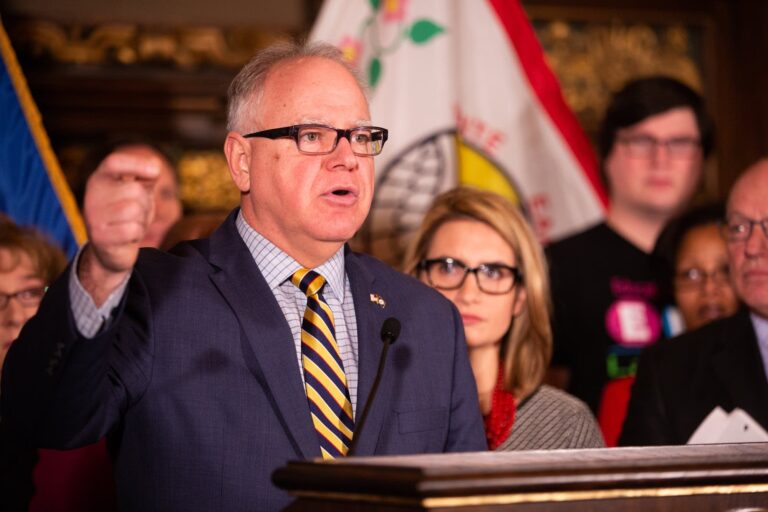 ST. PAUL, Minn. — Minnesota Gov. Tim Walz is proposing to phase in a 20-cent increase in Minnesota’s fuel tax over the next two years and index that tax to inflation as part of his overall state budget proposal unveiled last week, according to an article in the Journal of the American Association of State Highway and Transportation Officials.

“Minnesota’s transportation system is aging and struggling to keep up with the demands of our growing population,” the governor noted in the fact sheet accompanying the release of his proposed budget.

“The Minnesota Department of Transportation projects that in order to simply operate and maintain our current roads and bridges, the state will need $18 billion over the next 20 years above current revenues,” Walz said.

To accumulate those funds, Walz said he plans to:

Furthermore, Walz’s budget also seeks to add 220 electric buses to the Minneapolis Metro Transit fleet as part of the agency’s goal to power all of its operations with renewable energy by the year 2040.

“With the transportation funding gap eliminated, Minnesotans will be better able to move to and from work, connect with other parts of the state and beyond, and depend on a smooth and reliable movement of goods and services,” the governor said.