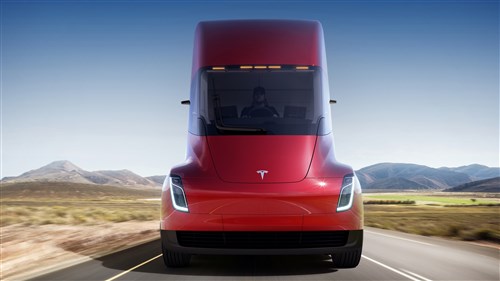 An article in the Journal of the American Association of State Highway and Transportation Officials (AASHTO) says new research predicts autonomous trucks could replace nearly 300,000 long-haul drivers over the next 10 years.

The 73-page report authored by Steve Viscelli, a sociologist at the University of Pennsylvania, and issued by Center for Labor Research and Education at the University of California, Berkeley, and Working Partnerships USA on September 5, projects that autonomous trucks could replace as many as 294,000 long-distance truck driving jobs over the next decade, while also fostering the creation of new highway infrastructure dubbed “autonomous truck ports” or ATPs.

The report — titled “Driverless? Autonomous Trucks and the Future of the American Trucker,” added that while “many other freight-moving jobs will be created in their place, perhaps even more than will be lost,” those new jobs will be lower-paying local driving and last-mile delivery jobs, the Journal article stated.

“Many industry experts and developers expect that self-driving trucks will soon be able to drive autonomously on the highway, but that it will take far longer — perhaps several decades — before driverless trucks will be able to routinely navigate local streets packed with cars, pedestrians, cyclists, road work, and other unexpected challenges,” Viscelli noted in the study.

“Humans will also be needed to handle the many non-driving tasks — coupling tractors and trailers, fueling, inspections, paperwork, communicating with customers, loading and unloading, etc. — that drivers currently perform,” he added. “Therefore, the most likely scenario for widespread adoption involves local human drivers bringing trailers from factories or warehouses to ATPs located on the outskirts of cities next to major interstate exits. Here, they will swap the trailers over to autonomous tractors for long stretches of highway driving. At the other end, the process will happen in reverse: A human driver will pick up the trailer at an ATP and take it to the final destination.”

Viscelli referenced a 2013 study by investment firm Morgan Stanley regarding the potential savings offered by the broader deployment of autonomous trucks; a savings of $168 billion to the trucking industry comprised of $70 billion in labor savings, $35 billion in fuel savings, $27 billion in productivity gains — largely because autonomous trucks could operate “around the clock” without the need for rest and sleep breaks for human drivers — plus $36 billion in accident reduction savings.

“Analysis like this suggests a strong economic argument for trucking as a lead sector of autonomous vehicle technology,” he added. “But even the most optimistic developers believe we are still at least several years away from autonomous trucks operating even in limited highway operations in anything other than testing programs with drivers still behind the wheel. Important challenges in both hardware and computer science need to be overcome before autonomous trucks are able to operate safely and reliably.”

But Viscelli also said that “it is conceivable that autonomous trucks could double the productivity of long-haul trucks for highway segments,” which would also reduce traffic congestion and boost the efficiency of current road networks — without having to add capacity, though the use of ATPs, if such structures came to be built, would create a new set of transportation infrastructure challenges.

“For many of the scenarios profiled in this report, autonomous trucking ports were identified as a critical piece of our country’s evolving logistics infrastructure. [But] the growth of e-commerce and regional automated port infrastructure could lead to more underpaid and overworked drivers working in unsafe conditions, while adding to traffic congestion and poor air quality in communities across the nation,” Viscelli wrote.

“In order to allow local agencies to better protect their communities and local job quality, greater local control over port facilities should be codified to manage air quality and traffic congestion, ensure drivers are paid livable wages and have safe work environments, and ensure labor peace to protect the efficiency of our nation’s logistics system,” he said.

The report prompted American Trucking Associations President and CEO Chris Spear to caution Fox News that “driver-assist” and “driverless” tehcnologies aren’t the same, and that advancing truck technologies will enable truck drivers and their trucks to communicate with other trucks, cars and the infrastructure in order to stay safer on the road and that the majority of accidents are caused by four-wheel drivers, not the drivers of 18-wheelers.