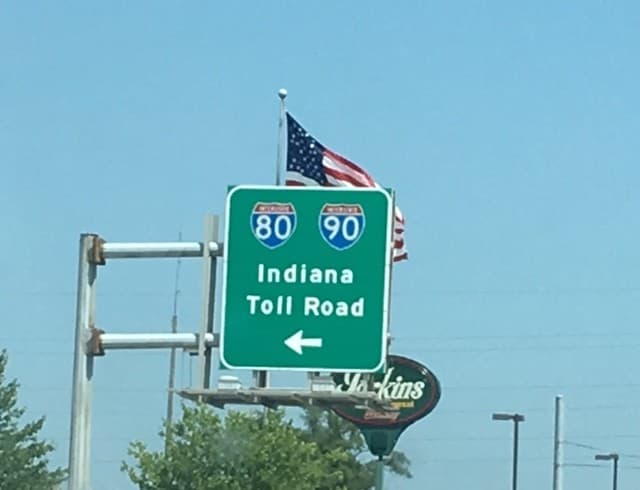 GRAIN VALLEY, Mo. — The Owner-Operator Independent Drivers Association has filed a lawsuit against the Indiana Finance Authority, the Indiana Toll Road Concession Co. (ITRCC), the Commissioner of the Indiana Department of Transportation and Gov. Eric Holcomb.

The class action complaint, filed in federal district Court in Indianapolis, challenges the 35 percent increase in tolls imposed on drivers of heavy vehicles travelling the Indiana Toll Road that was implemented on October 5, 2018.

The increase was intended to raise $1 billion for Indiana’s “Next Level Connections Program.”

OOIDA says the measure is burdensome, discriminatory and violates the Commerce Clause of the U.S. Constitution.

Back in October, OOIDA had sent a letter to the governor expressing objections to the plan.

OOIDA’s lawsuit says the tolls imposed by the ITRCC are not only excessive but are also used to subsidize services and facilities provided by the state that have no functional relationship to the Indiana Toll Road (ITR).

“The governor has admitted publicly that the increased tolls on truckers were intended for out-of-state users,” said Todd Spencer, president of OOIDA. “He seems to think that, in his own words, ‘capturing other people’s money’ is okay. He would be very wrong about that. Truckers are not rolling piggy banks. Indiana’s failure to solve the state’s history of serious financial problems and bad decisions should not fall upon the shoulders of truckers,” said Spencer.

OOIDA seeks an injunction to stop further imposition of the toll increase along with refunds of excessive tolls paid since October 2018.

In the letter to the governor, Spencer said if the 35 percent was implemented, five-axle trucks would pay $60 to use the 156-mile road which equates to roughly 38 cents per mile based on the toll alone.

“However, at 73 cents per gallon, Indiana has the fifth highest combined federal and state diesel excise tax rate,” the letter said.  “If we assume five-axle trucks average 6.2 miles per gallon, each truck will consume approximately 25 gallons of diesel traversing the ITR, paying another $18.25 in taxes.  Collectively (i.e. tolls and diesel taxes), five-axle trucks will pay more than 50 cents per mile on the ITR.”

“Enacting this significant truck-only toll increase on the ITR will inevitably discourage or inhibit truckers from travelling through Indiana,” Spencer wrote.

The Owner-Operator Independent Drivers Association is the only national trade association representing the interests of small-business trucking professionals and professional truck drivers. The Association currently has more than 160,000 members nationwide. OOIDA was established in 1973 and is headquartered in the Greater Kansas City, Mo., area.