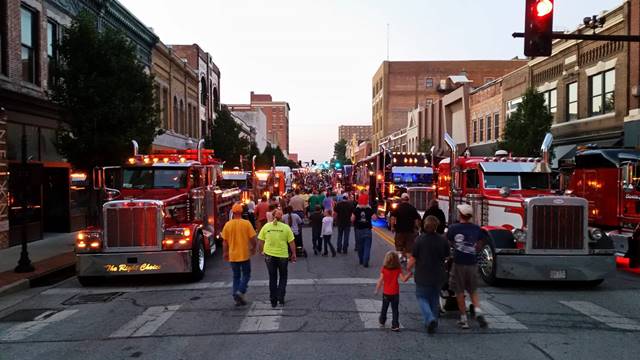 OOIDA and 4 State Trucks partnering to present the 10th annual GBATS which will include a listening session co-hosted with the Federal Motor Carrier Safety Administration.

Truck show attendees can also participate in scheduled entertainment and activities. Other events include a professional bull riding competition, a truck and tractor pull, a motorcycle stunt rider show, big rig drag races, a truck convoy for the Special Olympics of Southwest Missouri, and a downtown concert featuring Confederate Railroad.

The FMCSA public listening session regarding the agency’s Hours of Service regulations is scheduled for Friday from 3:30 p.m.-5 p.m. in 4 State Trucks’ shop area behind the main store.

During the scheduled listening session the FMCSA hopes to gather feedback which will be used to determine if HOS revisions may alleviate unnecessary burdens placed on drivers while improving safety on our nation’s highways and roads.

After introductory remarks from FMCSA, participants will be invited to share their views on current regulations and other topics related to commercial truck drivers in an open forum. FMCSA has setup a registration page for the event at https://www.eventbrite.com/e/fmcsa-public-listening-session-tickets-50282212451

OOIDA said in a news release that the associaton’s members have often pointed out to their representatives in Washington that current regulations are overly complex, provide no flexibility and in no way reflect the physical capabilities or limitations of individual drivers.

OOIDA members have told lawmakers their concerns about regulations that force them to be on the road when they are tired, during busy travel times and in adverse weather or road conditions. Their schedules are also at the mercy of shippers and receivers, and other obstacles that create a conflict between operating both safely and in compliance with HOS regulations.

OOIDA petitioned the FMCSA earlier this year and expressed support for proposed legislation that came soon after, both of which would reform current regulations that dictate rest breaks for truck drivers.

OOIDA’s petition recommended that drivers be allowed to take rest breaks once per 14-hour period for up to three consecutive hours as long as the driver is off-duty. It also suggested eliminating the 30-minute break requirement.

On the legislative side, the Responsible and Effective Standards for Truckers, or REST Act, H.R.5417, is similar in that it would allow drivers to take one rest break per shift, for up to three consecutive hours.

This single off-duty period would not be counted toward the driver’s 14-hour, on-duty allowance. The bill would not extend the total, allowable drive time limits.

The bill was introduced by Rep. Brian Babin, R-Texas, and would also eliminate the existing 30-minute rest break requirement.

The Owner-Operator Independent Drivers Association is the largest national trade association representing the interests of small-business trucking professionals and professional truck drivers. The association, which was established in 1973, currently has more than 160,000 members nationwide.