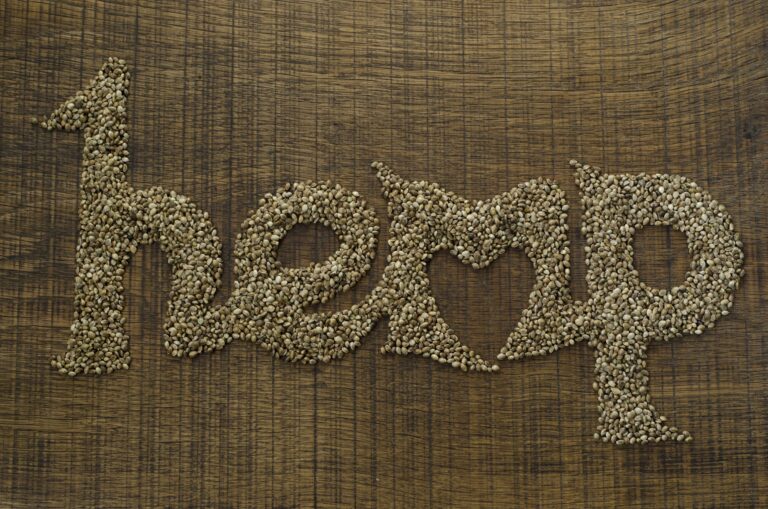 Oregon truck driver Denis Palamarchuk, 36, of Portland, Oregon, has found himself in the middle of a state/federal fight over whether the “industrial hemp” he was hauling from Oregon through Idaho and on to Colorado was illegal.

The Idaho Press reports that Palamarchuk was arrested January 24 at the East Boise, Idaho Point-of-Entry with the hemp load and had a legal bill of lading for it.

Hemp and marijuana are different parts of the same plant, and the recently passed federal Farm Bill forbids states from preventing the transportation of hemp, which is used in cosmetics, dietary supplements and other products. Meanwhile, the Colorado company the hemp belongs to wants its seized shipment back from Idaho and is citing the Farm Bill in a court filing against the state.

Idaho State Police seized 6,701 pounds of the hemp, which tested positive for THC, the psychoactive ingredient in marijuana. One news account said drug dogs alerted to the hemp.

The trouble stems from the fact that in Idaho, any amount of THC, the part of pot that makes you high, is illegal.

Consequently, the Ada County prosecuting attorney’s office insists that hauling hemp through Idaho is illegal and that the seizure was lawful.

Hemp, while not a scheduled substance, contains trace amounts of THC but not enough to produce a high. Under federal regulations, hemp must contain 0.3 percent or less of THC.

Idaho State Police said the seized hemp is being tested at a lab independent of their office but did not specify which lab is conducting the tests. If the substance does contain greater than 0.3 percent THC, it would not meet the federal definition of hemp.

Big Sky Scientific, the Colorado company that was the intended recipient of the hemp, has filed a lawsuit against Idaho State Police, and in court documents, documented that the shipment is industrial hemp that contains less than 0.3 percent THC.

“Big Sky has a legally protectable interest in the present controversy because it has rightful title to the property and said property is federally-protected pursuant to the 2018 Farm Bill,” the complaint stated.

The Farm Bill, which was updated in December, says, “No State or Indian Tribe shall prohibit the transportation or shipment of hemp or hemp products produced in accordance with subtitle G of the Agricultural Marketing Act of 1946 (as added by section 10113) through the State or the territory of the Indian Tribe, as applicable,” in section 10114, item B.

Elijah Watkins, an attorney representing Big Sky, told the Idaho Press that Idaho has no right to stop a business in one state from obtaining a legal good from another.

“I think regardless of the Farm Bill, it’s still of a lawful good,” he said.

But under Idaho law, all species of cannabis regardless of genus, including low-THC hemp plants, are illegal.

Meanwhile, VIP Transportation, the Portland-based trucking company that was hauling the substance in question, is defending the legality of the shipment.

“We are 1,000 percent sure that this will get resolved because we didn’t break any law,” Ivan Pavliy, owner of VIP Transportation, previously told the newspaper.

Pavliy said it was the company’s third load of hemp when Palamarchuk was arrested. It is unclear if the company had previously hauled hemp through Idaho, as it services 48 states.

“If proper climate and airflow are not maintained, the product will mold,” according to the court document. “If that happens, the product will be worthless and Big Sky will have lost not only the estimated $1.3 million value of its industrial hemp shipment’s isolates, but also the opportunity of being among the first entrants into the new congressionally-created industrial hemp market.”

According to the document, the hemp was being transported from Boones Ferry Berry Farm, which is a licensed industrial hemp grower in the state of Oregon. Additionally, the hemp grown at the farm was tested by two different state-certified laboratories to certify its THC content met federal standards, according to an enclosed memorandum.

Ada County Prosecutor Jan Bennetts responded to Big Sky in a document filed with the court, stating that regardless of whether the product meets the federal standards of hemp, it is still illegal in the state of Idaho, making the seizure lawful.

While production and possession of hemp and marijuana are still illegal in Idaho, the state’s Legislature may change the state’s position on hemp.

State Rep. Caroline Nilsson Troy, R-Genesee, plans to introduce a bill soon that would legalize hemp in Idaho, which she said will give Idaho farmers an option to grow a versatile and potentially lucrative crop.

Klepper said if found guilty, Palamarchuk could face up to five years in prison and a fine of $15,000.

In April 2018, the Idaho State Police arrested Andrew D’Addario, 27, of Colorado, and Erich Eisenhart, 25, of Oregon, for hauling hemp plants through Idaho.