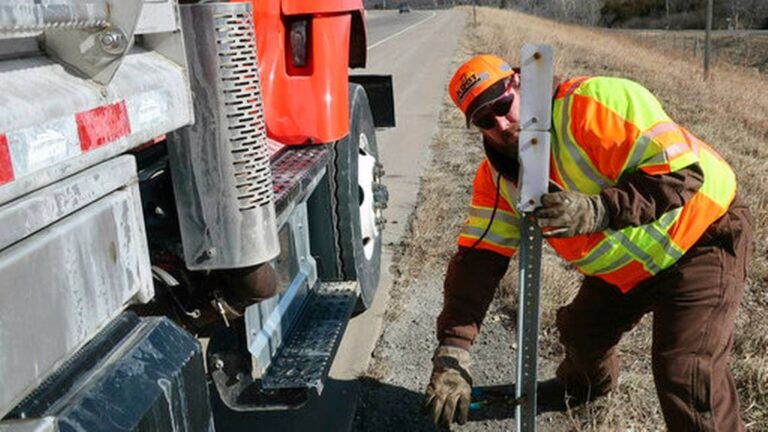 TOPEKA, Kan. — Kansas has trouble keeping road equipment operators from leaving for other, better-paying jobs — so much so that supervisors worry about being able to cobble together crews to clear snow after blizzards and to fill potholes quickly.

For Department of Transportation leaders, the 100 percent annual turnover rate among entry-level equipment operators signals a problem that requires an immediate solution. For new Democratic Gov. Laura Kelly, the staffing woes are a prime example of the worse-than-expected problems she says she found as she was preparing to take office last month.

Like many funding questions, it’s a Rorschach test, viewed as more or less important based on an official’s overall philosophy of government.

Kelly says it’s part of an overarching message that state government might take years to recover from damage caused by past Republican tax-cutting policies. But some Republican legislators are skeptical that KDOT faces a crisis and think Kelly is overstating problems to push the GOP-controlled Legislature into higher spending.

“We probably have a lot of work to do, but is it in as bad a shape as she’s alleging? No,” Sen. Richard Hilderbrand, a conservative Galena Republican.

The conflicting agendas leave KDOT workers and supervisors with the daily chore of filling out crews to fix potholes, repair or replace signs, pick up trash and clear highways. KDOT says it needs almost 1,200 operators to drive trucks; 640 of the jobs are filled. In Topeka, supervisor Mike Daniel is supposed to have 12 workers and has seven, with three still training to operate equipment.

“It’s just a constant trying to catch up,” said Daniel, who has worked for KDOT for 36 years. “It has gotten progressively worse, probably, in the past five to eight years.”

Kansas has had a national reputation for good highways because of its commitment to big, multi-year transportation programs since the late 1980s.

The libertarian Reason Foundation has consistently rated the Kansas system as one of the nation’s best — ranking it 2nd in 2018. Republicans have cited its reports to counter criticism that GOP officials have allowed the state’s roads fall into disrepair.

Other ratings are not as generous. The American Society of Civil Engineers said in a report last year that Kansas had consistently kept 80 percent of its roads in good condition for two decades but still gave its highway system a C-minus grade, partly over funding concerns. There’s bipartisan agreement that funding for highway programs has been shorted too much over the past decade.

The state started a 10-year transportation program in 2010 meant to tackle safety issues and modernize bottlenecked stretches. But the program became “the Bank of KDOT,” with nearly $2.5 billion diverted to other parts of state government to close budget shortfalls, almost two-thirds of the amount in the last four years.

Legislators of all political philosophies have decried the continued diversion of transportation funds, and Kelly said while running for governor last year that the state had to stop the practice.

But to reach her top goals of boosting spending on public schools and expanding state Medicaid health coverage for the needy, she’s not proposing to end the siphoning off of highway funds immediately. Her proposed spending blueprint for the next fiscal year still diverts $369 million, and her stated goal is end the practice by 2023.

Kelly raised KDOT’s staffing as an issue even before taking office. Pay is a big issue. Other parts of state government have similar concerns: Prisons have trouble keeping uniformed officers even after special efforts to boost salaries, and wages are a long-standing sore point in the court system.

KDOT promises untrained equipment operators that they’ll get commercial driver’s licenses within two months, but it starts them in metro areas at $13.33 an hour. After three years, a senior equipment operator would earn a little more than $14 an hour.

The city of Topeka just bumped its starting pay for street maintenance workers by nearly $2 an hour, to $15. Daniel said area contractors will pay laborers — who don’t need a commercial driver’s license — from $15 to $18 an hour.

“I’m really worried about churning people like we’re churning them,” said interim Transportation Secretary Julie Lorenz. “We currently have stuff cobbled together, and that’s not where we want to be.”

Rep. J.R. Claeys, a conservative Salina Republican who was chairman of a House budget committee on transportation funding for four years, questioned whether the department needs as many equipment operators as it says.

“I drive Kansas interstates frequently, and I know that they are doing an excellent job, (a) keeping the ditches mowed and (b) keeping our roads clear and safe,” said Claeys.