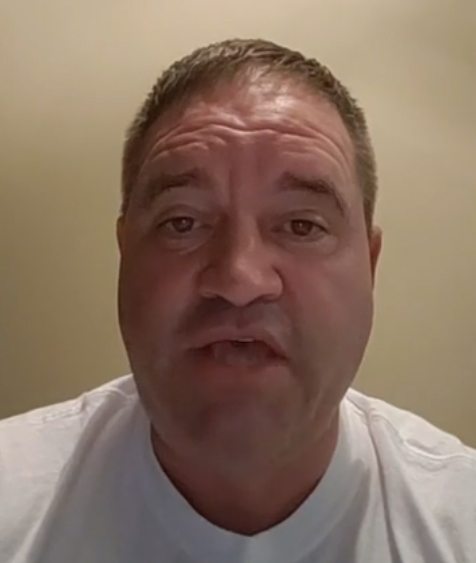 In an online editorial we posted August 22, we described the Small Business in Transportation Coalition (SBTC) as positioning itself to be a one-organization wrecking crew targeting the Federal Motor Carrier Safety Administration and the electronic logging device mandate.

In particular, SBTC and its president, James Lamb, have been on a tear against electronic logging devices.

(This is the same James Lamb who in early 2018 agreed to settle a probe into his business dealings brought by the U.S. Federal Trade Commission, which accused Lamb and several of his businesses of cheating owner-operators out of millions of dollars over the course of several years. Lamb denied the charges, but the FTC is in the process of paying out $900,000 to truckers who the FTC says were scammed.)

After the FMCSA denied its application asking that carriers with under 50 employees be exempted from the ELD mandate, SBTC asked FMCSA to reconsider the denial.

With no apparent hope that FMCSA would reverse its decision (remember ELDs were ordered by Congress), Lamb and SBTC have moved up the ladder to Congress and now to the White House.

SBTC says it needs to have 100,000 signatures (it’s not likely to happen) before the White House will respond to the request to suspend the rule (that’s not going to happen).

On October 31, Lamb published an e-mail asking the Owner-Operator Independent Drivers Association to join SBTC in support of the petition.

Lamb apparently never heard from OOIDA, and with his petition drive stalled at around 30,000, Lamb decided to blame OOIDA for the slowdown and appears to have set out to make his point with an elaborate scheme that he is reporting through his e-mail blasts to the media and others, claiming that OOIDA is sabotaging his petition effort.

In a video released at 5:20 p.m. Central time November 11, Lamb said he had some “disturbing” information regarding the ELD suspension petition.

“I’m going to play you the tape the investigators sent me (actually the tape of the phone call made only hours or maybe even minutes before) so you can listen to it yourself and boy is it bad news for Todd Spencer (OOIDA president and CEO) and this woman … at OOIDA.”

That “call” was obviously definitely recorded November 11 because the caller mentioned having to work on the holiday, which was Veterans Day. The man said his name was Mike (he also used the name Michael).

It was easy to tell the call was a set up because the man who identified himself as Mike was obviously and purposely speaking into a recording device and recording the other end of the call from a speaker phone.

(An average observer would likely have thought the call was legitimate and that Lamb’s investigators had worked hard to uncover it, but we rather suspect it was a set up and the tape was handed to him shortly after it was made. Or he might even have been in the room when the “call” was made.

A transcript of the tape shows Mike told the woman at OOIDA he wasn’t a member of OOIDA but had heard about the petition campaign and wanted to know if OOIDA was in support of the petition.

He even claimed he’d never heard of James Lamb.

The woman at OOIDA offered to send Mike information about Lamb.

E-mails sent to those addresses by The Trucker bounced back as undeliverable. (Surprise, surprise).

Based on the transcript, Mike kept trying to coerce the woman into telling him not to sign the petition (the “call” lasted almost 15 minutes), but not once did she do that, only suggesting that petitions were not effective in getting change in Washington.

Contacting members of Congress is the most effective way, she said, citing an instance when OOIDA and its members contacted a Congressman, contacts that led to him reversing his support of speed limiters.

The woman told Mike that some members of OOIDA had signed the petition.

Mike kept on and on, obviously and in the opinion of this writer hoping the woman would tell him not to sign the petition, but the woman said absolutely nothing to discourage drivers from signing the petition.

At one point, the woman reminded Mike that OOIDA had been fighting against ELDs and their predecessors since 1978.

After the tape of the telephone “call” ended on his video, Lamb reiterated that OOIDA had done everything in its power to keep truckers from signing the petition.

“Mr. Spencer it looks like we have a problem. Our legal team (the same one that handed Lamb the tape of the supposed phone call) is going to be reviewing this and you are going to have some explaining to do to a judge,” he said.

We too, have a problem, and it’s with Mr. Lamb trying to lay the blame for his failure directly on someone else.

We call on Mr. Lamb and his organization to get off his anti-ELD horse.

That horse is in the barn, sir, and it’s not coming out.

If you are as powerful as you say you are, turn that power into doing something about the real issues that plague trucking today, matters such as driver pay, the lack of safe parking and driver detention, just to name a few.

OOIDA and many others in the trucking industry are really concerned about those issues.

So should you be.

What @TruckerTalk isn’t telling you is that I used to advertise my for-profit business with them for years and then we pulled our ads. Now, they are talking swings at me as a favor to their current advertiser @OOIDA. If I was running a “scam,” why did you help me advertise it?

My legal team will be in touch later today.

For a MAGA, he is sure quick to go full snowflake.

I know, I know. I’ll be hearing from his attorney … (rolls eyes so hard I pull a muscle)

If you don’t think the FTC unethically targets small business owners all the time, read this: