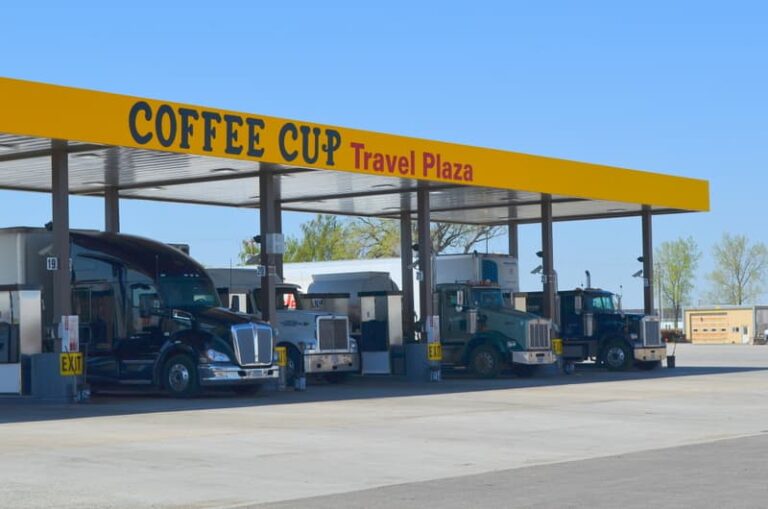 It is the first franchise to rebrand and open as a TA Express.

The remaining Coffee Cup Fuel Stops that will be converting to TA Express are in South Dakota in the cities of Vermillion, Summit and Hot Springs.

“Today is a great day, as we welcome the Coffee Cup team to the TravelCenters of America family,” said Barry Richards, president and COO of TravelCenters. “The team has been working hard since the agreement was signed to get the site systems and branding changed over to TA Express. This new facility provides professional drivers all the benefits one would expect at any TA nationwide.”

Amenities at the location include:

Plans for improvements and amenities to be added to the Steele location include the addition of a Cinnabon, five additional driver showers and a three-bay TA Truck Service repair facility.

Professional drivers will also be able to earn and redeem UltraONE loyalty program points at all of the rebranded locations.