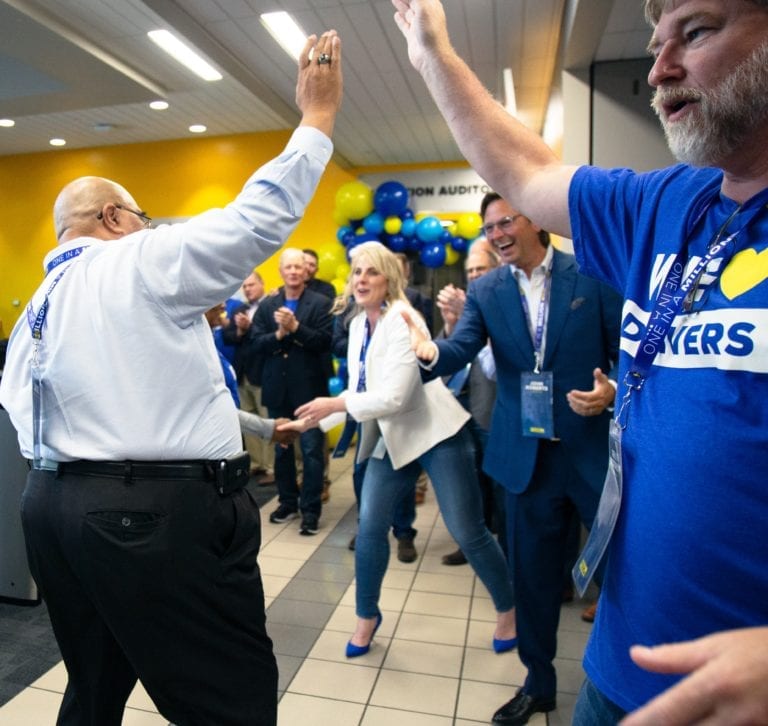 J.B. Hunt awarded $750,000 in safe driver bonuses, with each driver earning an amount based on their total miles achieved.

“Drivers like these are the big reason why J.B. Hunt is one of the safest fleets on the road today,” said Craig Harper, executive vice president and chief operations officer of J.B. Hunt. “If you traveled to the moon and back twice, you’d still be short of 1 million miles. To take that level of precision and caution in what you do each day is really amazing, and the whole company is grateful for their dedication.”

The elite group of drivers are based in a variety of locations throughout the country, representing 19 states from coast to coast. In addition to an honorary lunch and visit with company leadership, drivers participated in J.B. Hunt’s Million Mile Walk of Fame, a long-standing tradition where employees line four flights of stairs to congratulate the drivers with applause and high-fives. Each driver also received additional recognition on J.B. Hunt’s Million Mile Wall, which lists the more than 3,600 J.B. Hunt drivers who have achieved one million-plus safe miles.

The Million Mile event is one of the highest honors for J.B. Hunt drivers and their families.

The company implemented the Million Mile program in 1996 and has hosted the ceremony since 2001.

J.B. Hunt holds events throughout the country each quarter to recognize drivers who achieve one million safe miles.

In total, the company has awarded more than $28 million in safe driver bonuses throughout the program’s history.

“J.B. Hunt is committed to its drivers and recruits the top talent in the industry, putting thousands of skilled and well-trained drivers on the road each year,” Harper said. 8