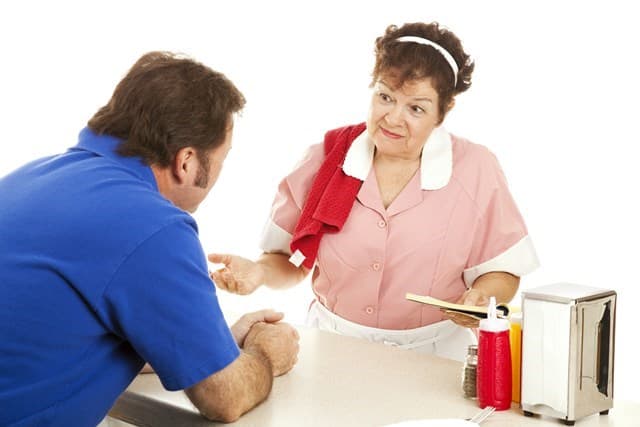 ALAMEDA, Calif. — The International Brotherhood of Teamsters has filed a petition with the Ninth Circuit Court of Appeals asking the court to review the determination of preemption issued by the Federal Motor Carrier Safety Administration on December 21 that preempts the State of California’s meal and rest break rules, which differ from current federal Hours of Service regulations.

The petition was filed on behalf of Teamsters Local 2785 and Everardo Luna, who the union identified as “one of those truck drivers who works for a motor carrier which presently provides meal periods and rest breaks.”

The union’s petition, filed December 27, asks the court to review the FMSCA’s ruling and “to reverse the ruling in its entirety or for such relief as the court deems proper.”

The FMCSA’s determination of preemption was in response to a petition filed September 24, 2018, by the American Trucking Associations after several attempts to legislatively deal with the conflicting meal and rest break laws were continuously rebuffed.

The ATA petition said California’s meal and rest break law should be preempted because they were in conflict with federal Hours of Service regulations.

The California law requires employers to provide a “duty-free,” 30-minute meal break for employees who work more than five hours a day as well as a second “duty-free,” 30-minute meal break for people who work more than 10 hours a day. Other states followed, enacting their own break rules. Nearly 20 states have their own separate meal and rest break laws, but the December 21 ruling by FMCSA deals only with the California law.

Federal HOS rules require professional truck drivers to take a 30-minute rest break no longer than eight hours after the last off-duty period or sleeper berth period of that length no more than five hours after going on duty.

Meal and other rest breaks can be taken at any time and count against a driver’s 14-hour on duty time.

It remains uncertain whether other states will accept the FMCSA ruling as applicable to conflicts between their laws and HOS rules.

FMCSA did not specify when drivers must take the 30-minute break, but the rule requires that they wait no longer than 8 hours after the last off-duty or sleeper-berth period of that length or longer to take the break.

In filing the request for review, the Teamsters said the petitioners had been adversely affected by the FMCSA’s decision.

The union had first blasted the agency’s decision when it was announced late in the afternoon December 21, a Friday.

“FMCSA’s suggestion that California’s meal and rest break rules negatively impact highway safety is ludicrous,” the union said in a news release “The idea that providing a 10-minute rest break after four hours and a 30-minute meal break after five hours somehow makes the roads less safe is beyond comprehension. This is simply a giveaway to the trucking industry at the expense of driver safety. The FMCSA decision to bail out the trucking industry after it failed to achieve a legislative fix and numerous court rejections — and to do it late on a Friday before a holiday — smacks of political cronyism at its worst.

“The announcement was made at 4:30 p.m. (EST) on Friday, December 21, 2018, in what was clearly an effort to avoid public scrutiny of the corporate giveaway at the expense of working men and women.”

It wasn’t the first time the FMCSA had made a “midnight” announcement of a key decision around the Christmas holiday.

The Notice of Proposed Rulemaking for the Obama administration’s Hours of Service proposal was issued the afternoon of December 23, 2010, a Thursday.

The Final Rule on Hours of Service was released on December 22, 2011, also a Thursday.

By petitioning the Ninth Circuit Court of Appeals for relief from the FMCSA ruling, in effect the case winds up right where it started.

In mid-2014, the Ninth Circuit concluded that the Federal Aviation Administration Authorization Act of 1994 (FAAAA) does not preempt the application of California’s meal and rest break laws to motor carriers because these state laws are not sufficiently “related to” prices, routes, or services, thus requiring trucking companies that have operations in California will be required to comply with California’s meal and rest break laws instead of the Department of Transportation regulations.

Congress passed the FAAAA for the purpose of preempting state trucking regulations following the deregulation of the trucking industry.

The FAAAA preempted state laws or regulations or any other provision having the force and effect of law “related to a price, route, or service any motor carrier.”