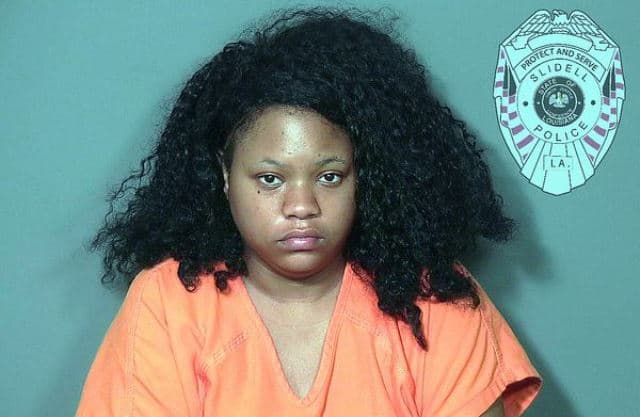 SLIDELL, La. — A 32-year-old woman was charged with attempted murder after a shooting incident at a truck stop on Friday that is believed to have occurred in reaction to the woman’s fiancé being fired from his job as a professional truck driver.

The incident occurred at a TravelCenters of America truck stop just off Interstate 10 in Slidell, about 3 miles northeast of Lake Pontchartrain.

According to local reports, Slidell Police said they received several 911 calls at about 2:30 p.m. about a woman shooting at people in the truck stop parking lot. When they arrived they quickly found Natalie Williams, a resident of nearby Mandeville, hiding in a wooded area near the truck stop.

Police also found a couple that told them Williams had shot at them and their 1-year-old son. According to the police report, the man told them that he owned a trucking company and he had met up with Williams and her fiancé in the rear parking lot at the truck stop, where he had fired Williams’ fiancé for poor job performance and informed them that he was evicting them from the 18-wheeler.

The man told police that Williams then went to the truck, got a gun and started shooting at him, then fired several shots into the cab of the truck he arrived in and in which his fiancé and the child were still seated.

Police said no one was injured in the shooting.

According to St. Tammany Parish Sheriff’s Office records, Williams remains behind bars as of Tuesday, with bail set at $150,000.