The Truckload Carriers Association (TCA) has awarded FTC Transportation Director of Safety and Driver Administration Emory Mills as its 2022 TCA Safety Professional of the Year-Clare C. Casey Award recipient. The announcement was made during TCA’s 41st Annual Safety and Security Meeting in Nashville, Tennessee, in June.

The honor is given to a trucking industry professional whose actions and achievements have made a profound contribution to enhancing safety on North America’s highways.

“I’m extremely honored to have been selected for the Clare C. Casey Award, and  overwhelmed to stand alongside of previous award winners, colleagues in safety, who have been an amazing resource over the years and who have always freely shared their wisdom and experiences,” said Mills.

“My appreciation also goes out to the TCA team, who go above and beyond, and so many others in our great industry,” she continued. “Most of all, thank you to my family at home for their ongoing support, and to my FTC Transportation family whom it is truly my privilege to work alongside of each day.”

Emory’s career began at FTC in 2000 where she started in the fuel taxes and permits department. Later she moved into the safety space as a driver and safety coordinator, advancing to driver and safety manager and then to her current position as director of safety and driver administration. She earned the Certified Director of Safety (CDS) designation from the North American Transportation Management Institute (NATMI); OSHA Certification from Fred Pryor; and Reasonable Suspicion Certification from Great West Casualty Company.

“Emory is very deserving of this award, as she works tirelessly to educate our team and maintain our safety record at FTC Transportation,” shared FTC President Greg Garen. “We have had an excellent safety record for many years in large part to Emory’s guidance and dedication to safety and FTC Transportation. I could not be more proud for her getting the Clare C. Casey Award. She is an excellent example of how hard work makes one successful.”

FTC’s Director of Operations John Shepard agreed. “Emory is the reason for the success in safety at FTC,” he said. “She has made it a coulter. Everything we do is around safety.”

The award is named after Clare Casey, a safety professional who actively served TCA from 1979 until 1989. He was devoted to ensuring that all truckload safety professionals build a strong safety network, and was instrumental in forming the first annual Safety & Security Division meeting in 1982. The first Clare C. Casey Award was presented in 1990, one year after his death. 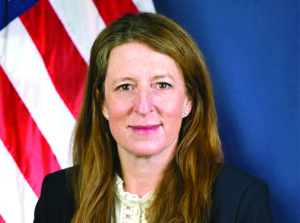 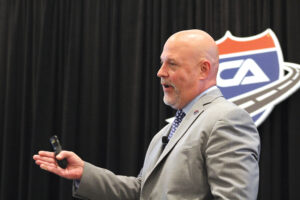