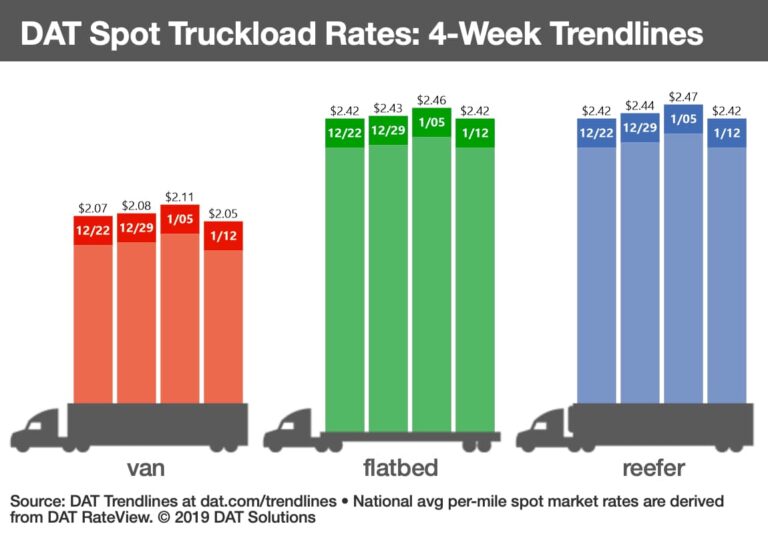 PORTLAND, Ore. — The number of available trucks on the spot truckload freight market jumped 77 percent during the week ending January 12, well ahead of the 9 percent gain in available loads, according to DAT Solutions, which operates the DAT network of load boards.

The surge in capacity and less urgency on the part of shippers knocked down national average rates for dry van, refrigerated and flatbed freight:

Lower fuel surcharges also contributed to the decline in rates. The average price of on-highway diesel was $2.97 per gallon on Jan. 14, down 4 cents compared to the previous week.

Reefer capacity bounced back last week as truck posts jumped 57 percent. The number of load posts declined 3 percent, however, which caused the reefer load-to-truck ratio to fall 38 percent from 9.8 to 6.1 loads per truck.

Average spot rates were down on 62 of the top 72 reefer lanes, and average outbound rates fell sharply in many major markets:

Volumes will likely continue to trend at lower levels until produce season breaks in southern California, Florida, and other key markets.