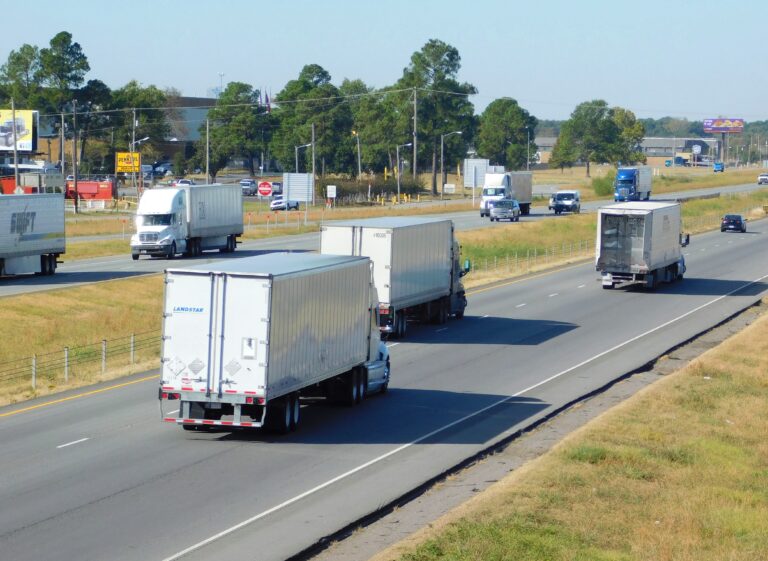 WASHINGTON — The Freight Transportation Services Index (TSI) based on the amount of freight carried by the for-hire transportation industry, rose 0.1% in November from October, increasing for the second consecutive month, according to the U.S. Department of Transportation’s Bureau of Transportation Statistics’ (BTS).
The November measure was 2.0% below the all-time high level of 140.2 in August 2019.
The October index was revised to 137.3 from 138.6 in last month’s release, but still remains above September. August was revised up slightly and July was revised down slightly.
The Freight TSI measures the month-to-month changes in for-hire freight shipments by mode of transportation in tons and ton-miles, which are combined into one index. The index measures the output of the for-hire freight transportation industry and consists of data from for-hire trucking, rail, inland waterways, pipelines and air freight. The TSI is seasonally-adjusted to remove regular seasons from month-to-month comparisons.
The November Freight TSI 0.1% increase was narrowly based with increases only in pipeline and rail carloads, with trucking, water, air freight and rail intermodal declining.
The TSI increase took place against a background of strong results for several other indicators and sustained weakness in one.
The Federal Reserve Board Industrial Production Index increased in November, reflecting increases in manufacturing and utilities and a small decrease in mining. Personal income increased by 0.5%, while housing starts increased by 3.2%. The Institute for Supply Management Manufacturing index decreased 0.2 points to 48.1, indicating contraction in the manufacturing sector for the fourth consecutive month. The ISM manufacturing index is based on a survey of 800 supply chain executives, on production, orders, deliveries, and employment, while the Federal Reserve IP index is based on estimated physical output using a range of output measures that the Federal Reserve considers reliable.
The November index was at the same relatively high level as January 2019 despite dips during the early part of the year and a rise to a record level in August.
The November index was higher than all but two months prior to 2019. It was exceeded by only October 2018 and November 2018 and five earlier months in 2019. The Freight TSI rose 16.8% from the recent low of 120.0 in March 2016 to a level of 140.2 in August 2019 but has declined by 2.0% since then. The November 2019 index was 44.9% above the April 2009 low during the most recent recession.