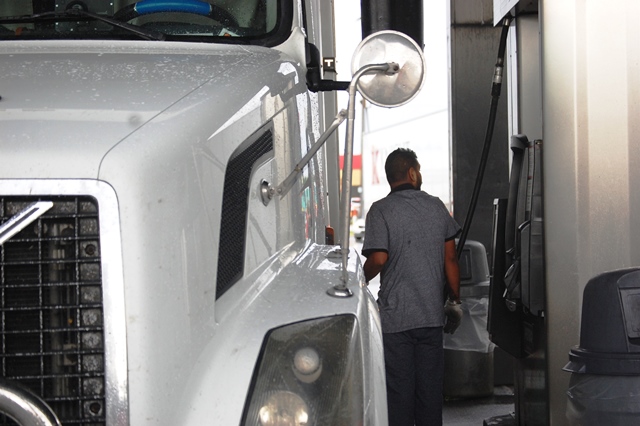 For the eighth week in a row Monday, average on-highway diesel prices fell, ending up at $3.161 a gallon compared with $3.207 last week, a decrease of 4.6 cents.

Again, all 10 sectors monitored by the U.S. Energy Information Administration took a slide from the week before. And once again, California had the highest price at $3.887 (a 3.5 cents-a-gallon loss) while the Gulf Coast region showed prices at $2.934, 5.5 cents down from last week’s $2.989. The Gulf Coast also saw the biggest weekly slide Monday at 5 5.5 cents a gallon.

Still, the on-highway average is 25.1 cents up from what it was a year ago this time.

It will take oil prices to increase for several weeks before that will be reflected in diesel prices. And that hasn’t happened.

It’s a resumption of the steep decline for crude’s price that began in October. Oil prices steadied last week after OPEC and other major oil producers said they will reduce production by 1.2 million barrels a day starting from January. The cuts will last for six months, AP said.

For more details on diesel prices by region click here.