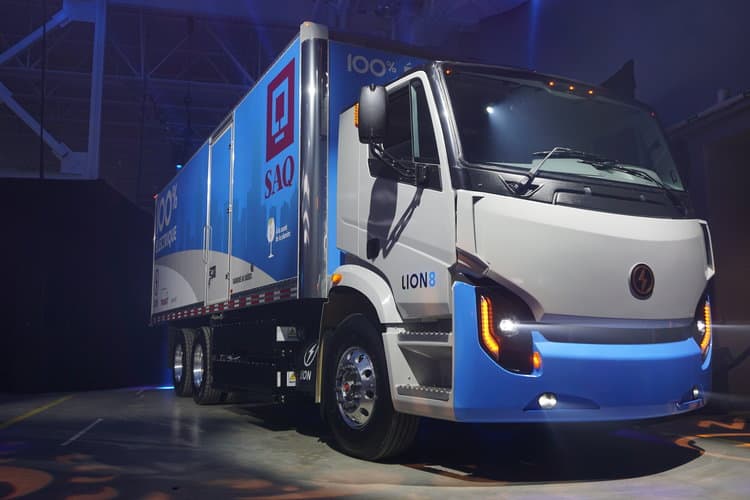 The vehicle has a range of up to 250 miles on a single charge and boasts “zero emissions” as well as “no noise pollution.”

Lion also says the truck has an 80 percent energy cost reduction and a 60 percent reduction in operational costs.

Another cost-saving attribute, says the company, is “oil-free operation,” with few moving parts and brakes that last longer because of a regenerative braking system.

According to Lion, the company has already taken orders for the truck from committed buyers.

Lion is a manufacturer of zero emission vehicles, including all-electric school buses, paratransit minibuses and urban transportation and commercial trucks.

It’s first vehicle will be delivered to the Société des Alcools du Quebec later this year.

That’s interesting. How much weight can it gross? Does it need a special charger? Is it just for local delivery? How long does it take to fully charge the battery?